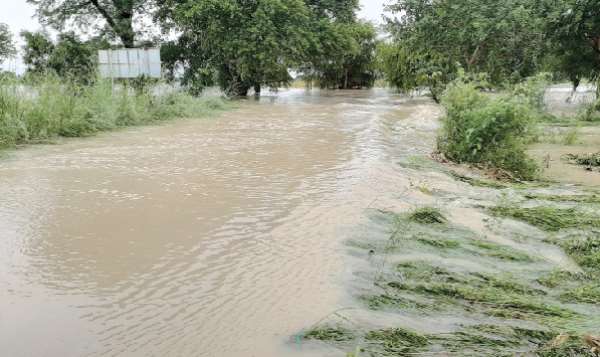 Policy actions are needed to avert imminent food shortage and nutritional crisis in Ghana this year. Two-week successive and subsequent intermittent rain floods have caused a number of farmers in northern Ghana to lose their crops, as they have had their farms submerged by the floods, while residents of two major border cities, Elubo on the Ghana-Ivory Coast border in the Western Region and Aflao on the Ghana-Togo border in the Volta Region have been calling on the government amidst street protests, for the opening of the two respective land borders which were closed a little over a year ago as part of measures to contain the spread of the coronavirus (COVID-19) pandemic.

The devastating impact of the floods in the northern part of Ghana, which constitutes the country’s food basket, puts the whole country at risk of food insecurity, should the state fail to put in place immediate and workable measures.

The effect of the floods on the outcome of farming in northern Ghana have implications directly or indirectly on the daily nutritional intake of the average Ghanaian, bearing in mind the fact that the food items they produce are the general staple food crops produced domestically. These include millet, maize, yam, rice, soya bean, watermelon, groundnut, and beans.

Maize which is the most staple crop across the country is also the main crop used in poultry feed in the poultry industry. This suggests that shortage in the crop has direct implications for the survival of the domestic poultry industry. The price of maize in the country has increased since the last two months, with fears of further rise in the coming months, in view of the impact of the floods in the farming northern enclave of the country.

According to the Poultry World ( www.poultryworld.net ) report of August 2, 2021, poultry farms in the country are on the verge of collapse if no drastic measures are taken by the government to sustain the industry. The concern is attributed to the high cost of poultry feed, mainly maize and soya bean.

Farmers in the five-region Savannah enclave of the country are predominately smallholder, who, together with other smallholder farmers in other parts of the country contribute over 90% of domestic food production. The woes of the farmers in northern Ghana, who depend on seasonal rainfall (between June and November)—for planting and harvesting their crops, have been compounded by government’s inability to release its annual fertilizer subsidy to them on time, due to the negative impact of the COVID-19 on the national economy.

Where food security includes both availability and accessibility, the closer of the two major land borders -- of Elubo and Aflao in the Western Volta Regions respectively for over a year, in the wake of the COVID-19 pandemic, have affected the incomes of residents in these cities, as they are unable to cross border trade, as had been a source of livelihood to them.

The flooding of farmlands in northern Ghana has been a perennial issue, which derails the efforts of farmers whenever it occurs. Policy action and pragmatic measures are needed to offer lasting solutions. Investing in and creating irrigation farming technology opportunities—to give the farmers an alternative farming season, other than or in addition the rainfall farming, will not only help them make up their loses in the rainy season but it will also enable the farmers to engage in some form of precision agriculture where they can determine the amount of water to give their crops only at the time the crops need them. Irrigation farming in the dry season, which is prolonged in northern Ghana, to the farmers, will also mean farming without the fear of floods.

Neighbouring Burkina Faso, from which Ghana imports fresh tomatoes in large volume, is comparatively a leader in irrigation farming. One area of the best practice to learn from Burkina Faso is their micro-irrigation program. As reported by the Africa Report ( www.theafricareport.com ) of April 22, 2021, under this program, Burkina Faso has gone from 20 pilot farms in 2019 to implement this method in nearly 500 farms.

Government of Ghana has launched an agriculture policy of ‘Planting for Food and Jobs’. Under this policy, it has started the construction of dams project in northern Ghana. The government apparently has not invested enough to make what is called ‘one dam one village’ project an effective policy intervention. Good investment in this policy and other irrigation farming technology will help deal with the looming food insecurity in the country.

Boosting the farming tree crops such as cashew, mango, and Shea trees, which equally do well in that geographic zone will also save farmers from total loss in the future in the wake of floods.

The signs are clear, that many low and middle-income countries around the world will have to grapple with post-COVID-19 economic realities, alongside the rising impact of climate change on food systems and food production. As the UN holds the Food Systems Summit in New York later this month, innovative support to low-income countries and climate action will go a long way to save children in particular, from the multi-effect of malnutrition, arising from the impact of COVID-19 and climate change and its effect on food production.

“Even those who lost elections are thanking people, what are...
21 minutes ago

Komenda Sugar factory 'collapsed' under Mahama; if not, why ...
21 minutes ago