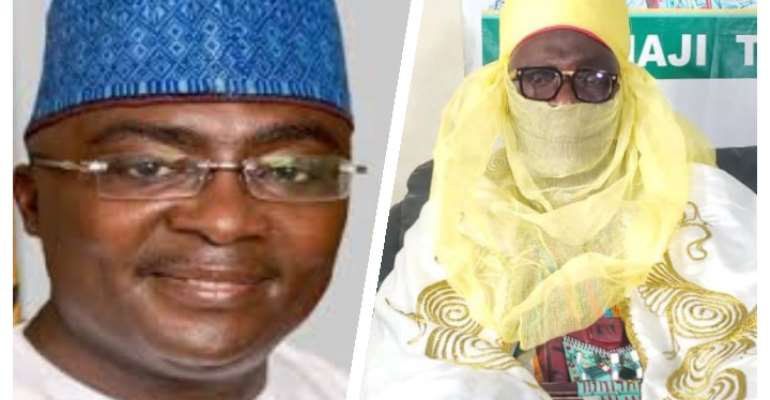 The Greater Accra Zabarma Chief and President of Ghana Zabarma Association, Sarki Alhaji Pro-Umar Abubakar Tanko has send his message of condolences to the Vice President of Ghana, His Excellency Dr. Mahamadu Bawumia over the death of his mother, Hajia Mariama Bawumia.

"On behalf of the Zabarma Communities in Ghana, the Ghana Zabarma Association and my own self offer our heartfelt condolences on the death of Hajia Mariama Bawumia the mother of the Vice President and also our mother.

"We send our sincere regards to the New Patriotic Party NPP government, the nation and the family of the bereaved," he noted.

The Greater Accra Zabarma Chief who doubles as the President of Coalition of Zabarma Chiefs - Ghana, stated in his message that Hajia Mariama Bawumia was a woman for all and pray to the Almighty Allah to grant her Janatul Firdaws.

"The nation thank you for giving us a Vice President in the person of Alhaji Dr. Mahamadu Bawumia," he added.

The mother of the Vice President Hajia Mariama Bawumia also known as Maame died in the capital, Accra on Monday 13th September 2021 and was buried on Tuesday, September 14th according to Islamic tradition.

She was 81-years-old, a royal and a native of Kpasenkpe in the West Mamprusi District.

Hajia Mariama was one of the first northern female students to gain admission to the prestigious Wesley Girls High School in Cape Coast in the Central Region.