Report points to excessive police violence, illegal use of force at rave party 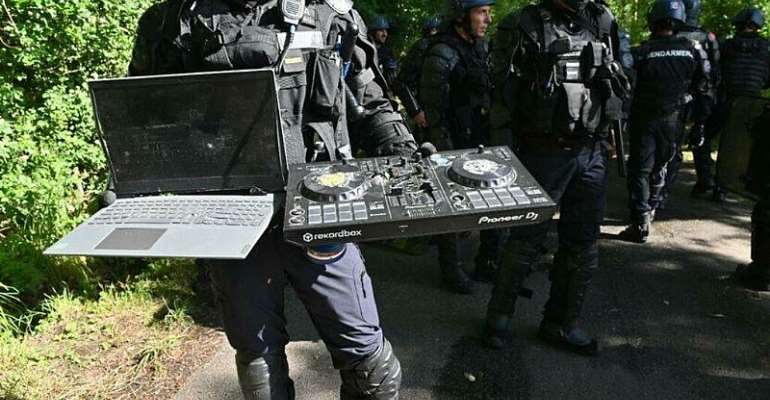 A new report by Amnesty International has put the spotlight on the abusive and illegal use of force by French police during the Teknival rave in Redon, Brittany last June. Dozens were injured in the crackdown on the partygoers and organisers, with one participant losing his hand as police used teargas and explosive grenades to break up the event.

This week, French President Emmanuel Macron wraps up a series of security consultations which aim to “modernise public security policy for the benefit of police officers, gendarmes and all French people”.

However, in a new report entitled “Redon: “Freeparty” of repression”, rights group Amnesty International has uncovered numerous human rights violations committed during law enforcement operations at the Teknival festival early this summer, which had been banned by the lle-et-Vilaine Préfecture.

During the night of 18 to 19 June 2021, gendarmes set off tear gas, sting-ball grenades and explosive GM2L grenades on the Teknival participants near the town of Redon over a seven-hour period, and again the following day, before illegally destroying the organisers' sound equipment.

The police intervention led to one young man losing his hand, with eleven gendarmes and dozens of participants injured - with wounds including, fractures, burns and respiratory distress.

Force was neither necessary nor proportionate

Using interviews with a dozen people who were present - journalists, participants and organisation heads - as well as videos and other published documents, Amnesty International has analysed the police response to this event in terms of international human rights law.

According to Amnesty, the evidence from the Redon policing operation indicates that the use of force was neither necessary nor proportionate, as is required by both French law and the United Nation's basic principles on the use of force.

According to Cécile Coudriou, president of Amnesty International France: “It is unacceptable that law enforcement operations a fortiori to disperse a simple festival gathering, led to injuries, even mutilation.”

The author of the report, Anne-Sophie Simpere, told RFI that the details of the mutilation of that one reveller remain hazy: "From the testimonies we got from different eyewitnesses, there was an explosion, and then then he fell back and had his hand ripped off," the investigator says.

"We cannot conclude anything, but let's remember that he was in the field at night, and grenades such as GM2L were thrown blindly - there was very little visibility," she adds, "and we know that what kind of injuries they can create."

Police complaints are investigated by the police themselves

In the wake of this report, Amnesty International is calling for an independent body to investigate complaints against law enforcement officers. Yet this type of police "ombudsman" is prevalent in many countries across the globe, so why hasn't this body already been established in France?

Simpere says that's a question that needs to be put to the French authorities.

"We had an ombudsman in France, but he has very little power," she says. "He doesn't have any investigative power when it comes to judicial inquiries.

"For allegations of police brutality, or discrimination by police forces, it goes to the IGPN, which is an internal mechanism within the police. So police officers are being investigated by their peers."

According to the author of the Amnesty report, of the many people who were injured that night, most of them don't even contemplate lodging a complaint, because they believe "they won't have access to justice."

Whether the banning of the gathering was legitimate or not, law enforcement officers did not respect the principles of necessity and proportionality on the use of force under international law.

For Amnesty, force was used as a first resort, without mediation nor prior communication, without directions on how to evacuate the site, which was in a field, at night.

Neither a ban on the festival nor violence by some participants towards the police can justify the failure of the state and its agents to respect human rights in all circumstances.

Furthermore, Redon is not an isolated case: whether it is the death of Steve Caniço during a night-time police operation in Nantes during a party, or the mutilations and serious injuries observed during demonstrations, Amnesty maintains abuse by police has been endemic in France for years.

The préfecture of Ile-et-Vilaine was contacted for comment by French media but declined,  citing that two investigations were underway.

Anne-Sophie Simpere is an Amnesty International researcher and author of "Redon: Freeparty of Repression"

German elections: what to expect
2 minutes ago