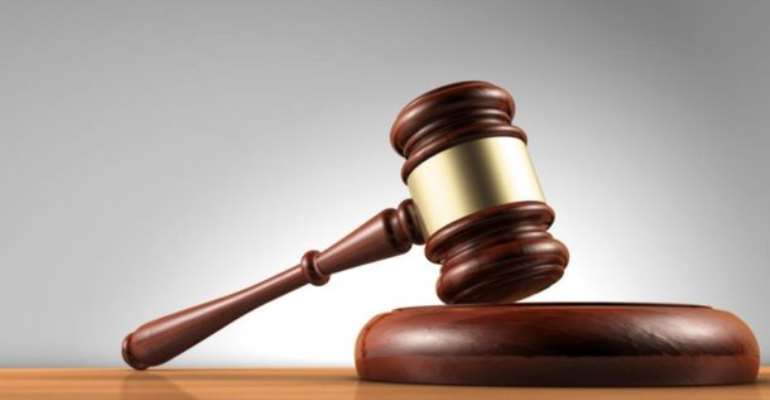 The Koforidua Circuit Court “B” presided by Her Honour Mercy Adei -Kotei has sentenced Keteku Enock Yaw to seven (7) years imprisonment with hard labour for defiling a 14-year-old girl.

The 30-year-old who is a carpenter was arrested late last month for abducting the teenage girl and keeping her against her will for days.

Following the arrest of Keteku Enock Yaw, he was arraigned before the Koforidua Circuit Court ‘B’ on Tuesday, September 7, 2021.

Chief Inspector Richmond Keelson, the Prosecuting Officer told the Court that the complainant in the case who stays with the victim travelled to Nkawkaw to attend a funeral on August 27, 2021, and left the victim in the care of her sister.

After arriving from the funeral on August 30, she was informed that the victim had not returned home since she left.

Alarmed and scared for the girl, she pleaded for help from neighbours who started searching for the 14-year-old girl.

Through the search, a dress of the victim was found hanging on a dry line in the corridor of the accused person’s room in the same vicinity.

With the victim subsequently found in the room of the carpenter, he was arrested and handed over to DOVVSU where the teenager disclosed that she had been defiled several times.

After medical report confirmed that the victim had indeed been defiled, the accused admitted that he only had sexual intercourse with the victim twice.

The carpenter was subsequently charged with abduction and defilement, and remanded by the Presiding Judge to reappear in Court this week.

Today, at the Koforidua Circuit Court “B”, he has been found guilty of all charges and convicted to seven years in prison with hard labour.