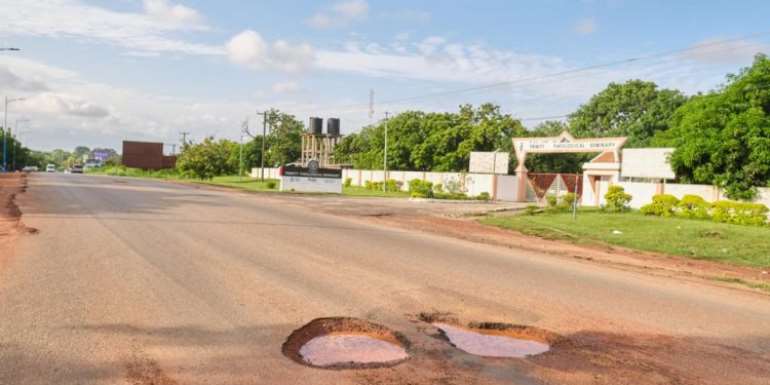 The Ministry of Roads and Highways has warned that the contractor on the damaged 2.9km road from the Ahmadiyya Junction to Abokobi will not be paid unless he apply the necessary fixes.

To the shock of many, a section of the road which was completed earlier in February this year has already started developing potholes.

With residents outraged and complaining, the Ministry of Roads and Highways has assured that it will force the contractor to fix the damaged portions of the road.

According to Ahmed Nasir Yartey who is Public Relations Officer for the Ministry, the contractor has already been informed to return to sit and warned that he will not be paid unless the standard work is done.

Although the damages on the Old Ashongman-Abokobi road is to be fixed immediately, the entire road network being constructed in the Dome Kwabenya is expected to be completed after 2 years.

“The contractor will come back to the site and where we have potholes, he will patch them up and finally fill the holes. Within two years, we should be able to complete this project,” this is according to Roads and Highways Ministry Deputy PRO Isaac Agyei Kwakye.

Akufo-Addo, Paul Kigame, others to address YouthConnekt Afri...
20 minutes ago

I'm sorry, was running away from a prophecy that I'll be sho...
20 minutes ago