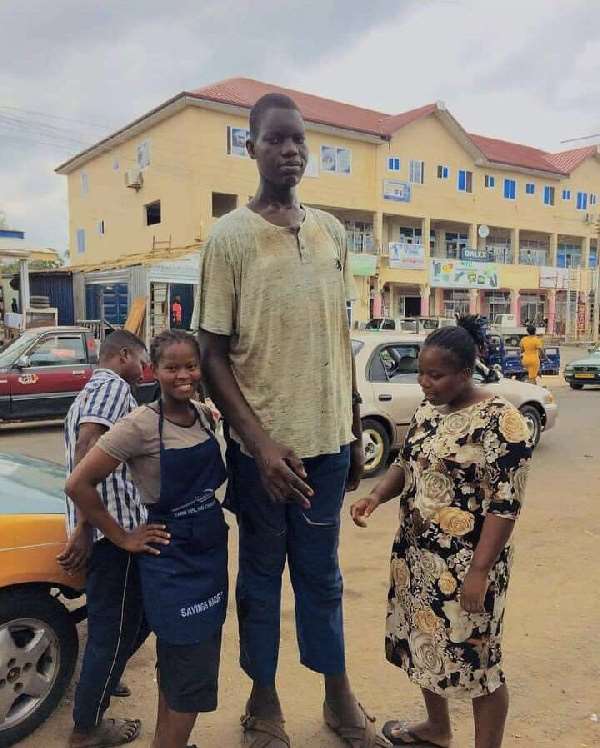 The tallest man in the Volta Region, Charles Sogli has secured a contract with Twellium Industrial Company Limited, a local manufacturer of drinks and other food products.

The Marketing Director said he looked forward to a long-lasting relationship and the growth of both parties and urged the talent to continue to trust the Company's commitment.

Charles had to drop out from school at class five when he could not bear taunts and mockeries over his unusual size, and when he had to walk barefoot because there were no shoes to fit his feet.

He was sent to Ho by a philanthropist and took interest in welding and fabrication, and could be seen walking daily between his place of abode and apprenticeship as vehicle cabins could not contain him.

Mr. Daniel Agbesi-Latsu, the spokesman for Mr Sogli, called on the Company to focus also on his educational needs, which had been affected by the early dropout from school.

Charles, who hails from Agortime Ziope in the Volta Region, is among five children of a farmer family, and the only one with a size almost twice as large as the average man.

I wanna sleep in jail for this — says Shatta Wale whiles lea...
31 minutes ago