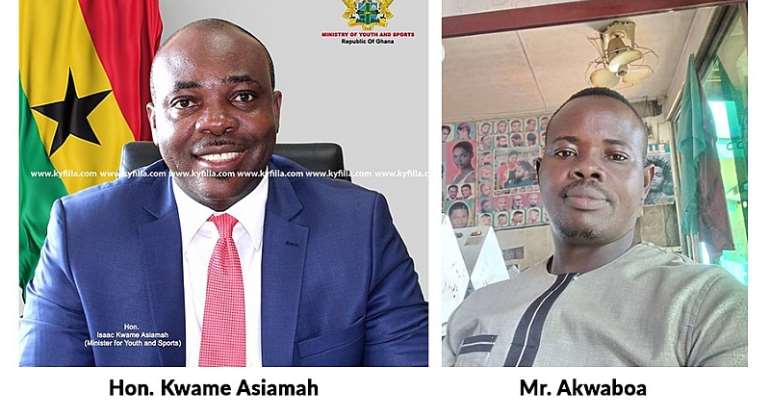 A group calling itself Concerned Youth of the Atwima Mponua Constituency branch of the New Patriotic Party (NPP) has expressed their resolve not to repeat the mistake of voting for the incumbent Member of Parliament for the area again, Hon Isaac Kwame Asiamah in the next elections.

Speaking to this correspondent in an interview, the spokesperson for the group, Mr Frank Feyin Akwaboah indicated that the youth have planned to vote out Hon Asiamah in the 2024 general elections.

He accused the legislator of poor performance and taking unilateral decisions without consulting the base of the party.

The spokesperson who also doubles as a social media commentator cited instances where the party executives sometimes allegedly apply rough tactics to select candidates to contest positions without the consultation of the grassroot people.

The NPP youth activists noted that if the party want to win the 2024 elections the top hierarchy needs to get in touch with the grassroot who knows the grounds.

Akwaboah stated that the unrepentant nature of the incumbent MP and refusal to solve the problems confronting the Constituency is their concern.

The group said the MP, for more than sixteen consecutive years on the seat has no constituency office to operate, a situation the youth say exposes Hon Kwame Asiamah failure to develop the Constituency.

According to him, they have tipped the defeated 2020 Parliamentary Candidate, Mr John Ofori, affectionately called Commando to pick nomination forms to contest the incumbent MP.

According to the youth, Mr Ofori in his personal capacity has been able to sponsor 120 young men and women into the security sector, aside other supports given to traders and vocational skill learners to improve their living standards.

The youth added that apart from Mr Ofori's excellent human relationship coupled with humility and respect for people which the current MP lacks, he recently dished out a whooping sum of Ghc100,000 to support the Constituency's Annual Delegates Congress.

"This is because Mr John Ofori want to ensure that the constituency get well prepared in its organisational structure to ensure resounding victory in the 2024 general elections," the youth observed.

Akwaboah stated that the youth will in the coming days petition the Ashanti Regional Executive Members of the NPP against the alleged conduct of the MP.