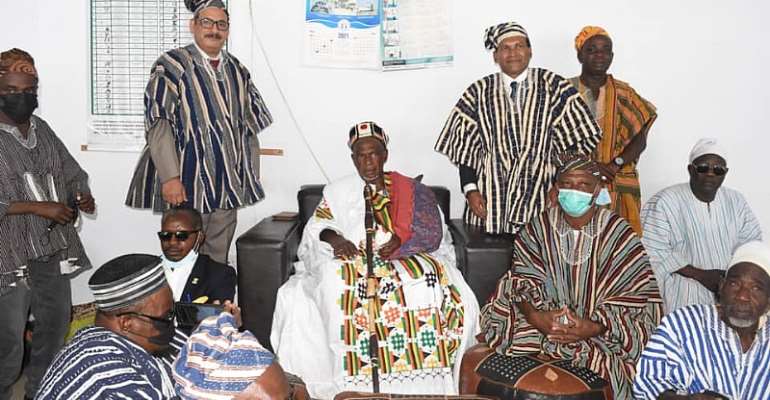 The High Commissioner is in the Upper West Region as part of efforts to strengthen the bilateral relations, which have been in existence for more than six decades.

He took advantage of the chance to speak with the Wa Naa to learn more about the people of Wa and the Upper West Region.

H.E Mr. Sugandh Rajaram stated that the visit is to expand bilateral collaboration and investments.

His Majesty the Wa Naa expressed his joy in welcoming and associating with His Excellency the High Commissioner, citing the decades-long bilateral relationship.

The Overlord also told the Indians about the land's potential for agricultural and commercial investments.

In addition, he pointed out challenges the people of the Upper West Region are facing which included education, health and others, and sought their support in tackling them.