African Democracy is an Apology 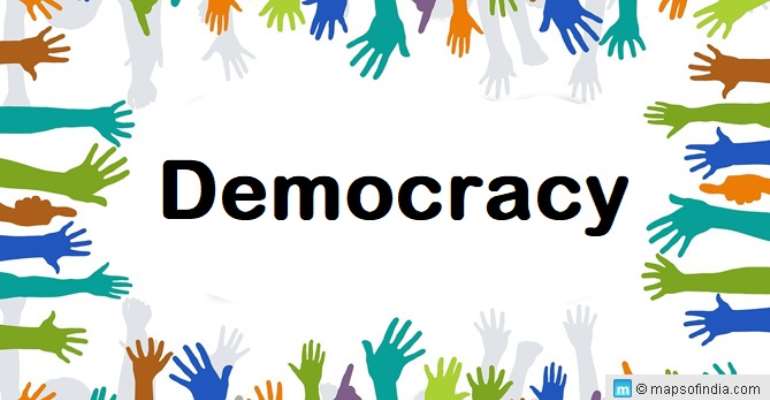 Africa is the second-largest and the second-most populous continent after Asia. It is safe to say the continent is the richest in natural resources on this planet. Yet the continent is stricken with poverty of everything, which is occasioned by poor leadership and bad governance. The leaders have developed an apologetic form of governance, a democracy that derails the happiness and welfares of the masses.

Democracy in its basic sense means ruling the people, by the people and for them. The people willingly relinquish power to an exclusive elites of people to be haunted by the decisions and actions of these few political leaders. Democracy in Africa is an enhanced political oppression and authoritarian rule. In many countries on the continent, prevailing political, social and economic circumstances narrate the level of suppression of rights and freedoms. The use of power and authority in Africa has a crumbling effect on the purpose of democracy, which is to serve and increase the welfares of the masses.

It has never been the resolute concern of African leaders to fight for the progress of the ordinary citizens. Institutions that must function to protect the rights of the people are led by egoistic, corrupt and power-drunk leaders who cannot operate national policies within the limits of their constitutions and any law. What is the essence of pursuing democracy if it is meant to benefit a few in society? The mindset and demeanor of political leaders on the Continent designate the practice of an alien governance system.

African political elites are undeveloped, not in their ages, but in the kind of decisions and choices they make at the expense of the masses. Democracy as it is intended, involves the provision of public service and leadership that protect the vulnerable in society. Politicians in Africa think of themselves as superior bourgeois, creating an artificially-wide gap in the social structure.

Politics and democracy have been stained with dirty and murky deals. So, what is the purpose of democracy? It is to enrich the dignity of citizens of every country that adopts and practices it. Regrettably, it provides a method that rewards the people entrusted with delegated authority or power. The rights of citizens to be valued and respected in their own sake, and to be treated ethically is trampled upon by politicians. African politicians are more dignified that any individual. Every democracy must base on the principle of political equality that recognizes the poorest and least educated but democracy in Africa has created disadvantages and discriminations for equal opportunities. It does not allow the individuals to develop to their fullest potential due to bad governance and political choices.

Democracy, supposedly, must be the best form of government as it provides a method to deal with differences and conflicts. But it has facilitated many conflicts and tribal wars on the Continent. Freedom of speech has been abused by political actors in many African Countries. The abuse of right is triggered by the violation of rule of law procedures by leaders. Changing of constitutional provisions to allow Presidents to extend their terms is supported by crooked representatives of the poor masses who are victimized by the actions of these leaders.

Six decades after independence, Africa is still drifting in despair in search of a political or governance system that guarantees the realization of the development goals for its countries. The core causes of the underdevelopment of countries on the Continent are sacred issues that cannot be discussed faithfully in an open manner. Each leader is guided by mind your oars in the waters of charting a new path that propels development for their people.

The citizens of Africa expect their governments to deliver public services that respond to their needs and recognizes their dignities and basic human rights. The delivery of public services that ensure fairness in the distribution of the common good is democracy. Africa is currently engaged in an improved autocratic form of governance. The lack of transparency in the decision making process in African parliament makes the governance system unfitting in this era.

African leaders have common features that uniquely define them, and the governance system they practice which is conducive for unruly conduct in the practice of a system of government that is demeaning in principle.