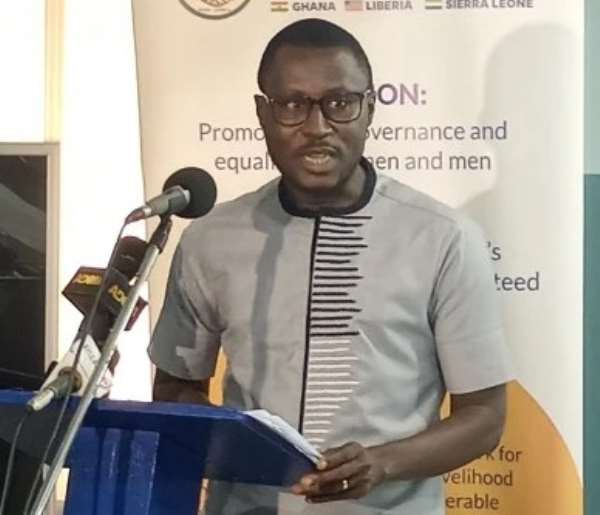 SEND GHANA, a Non-Governmental Organisation has called on government to, as a matter of urgency, release funding for LEAP and other pro-poor interventions to save beneficiaries from starving to death.

The NGO bemoaned what they describe as government’s demonstrated lack of commitment in releasing funding for timely payments of grants to households depending on the Livelihood Empowerment Against Poverty (LEAP) programme across the country.

In their view, though government has done well supporting the poor people over the years, the long delays in the payments could derail the gains made so far.

“We demand an immediate release of funds for the 73rd and 74th cycle payments. Any further delays will only worsen the hardships of long-suffering households. It behoves on the government to place high premium on the LEAP grant payments,” the Country Director, Dr. Emmanuel Ayifa noted while addressing journalists in Accra on Tuesday.

The Country Director told the journalists that the beneficiaries are yet to receive their cash support for the 73rd payment cycle which was due in July. It is however unclear, he added, when the 74th cycle, which is also now due, will be paid.

The current delayed payment is therefore in disapprobation of the original intent for its establishment in 2007.

It has resulted in the denial of income to 344,023 households made up of approximately 1.5 million (1,516,421) Ghanaians who depend on LEAP for their daily sustenance.

“SEND GHANA wishes to repeat that we are deeply concerned about this situation, and our concern is borne out by the fact that those affected include orphans and vulnerable children, people living with severe disabilities, and elderly people without any support.

“The public is quickly losing confidence in the effectiveness of the LEAP and other such social protection programmes to defeat poverty and address inequality, owing to rampant delays in paying beneficiaries grants,” Dr. Ayifah pointed.

Reminding the government of the citizens’ right to social protection, Dr. Ayifah called for its commitment to protecting such rights especially in these times when Covid-19 has worsened the economic conditions of the general populace.