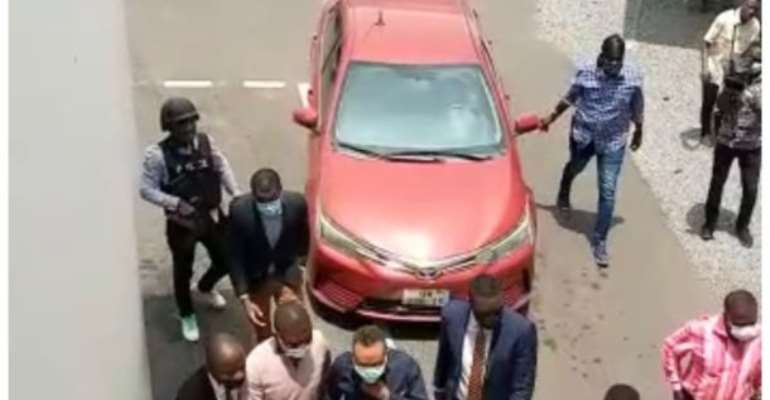 The Ghana Journalists Association (GJA) demands swift action against the loyalists of the Head Pastor of Glorious Word Power Ministries International, Rev Isaac Owusu Bempah who harassed and prevented journalists from entering the courtroom during the pastor’s trial on Monday, September 13, 2021.

The association in a statement condemned the act, saying it is a “desecration of the rights of journalists and affront of press freedom.”

“The Ghanaian media community is once again enduring excruciating pain following the inglorious attacks perpetrated by loyalists of the Head Pastor of Glorious Word Power Ministries International, Rev. Isaac Owusu Bempah at the premises of an Accra High court where he is standing trial for alleged assault and other offences.”

“With brazen impunity, well-muscled men of the church reportedly prevented the court reporters from gaining access to the room to perform their legitimate duty and visited mayhem on those who dared them. All this happened at the citadel of justice.”

The association welcomed the apology from the Ghana Police Service following the incident but insisted that the “uncouth men of Owusu Bempah” should be made to face the law.

“While we welcome the apology of the Police Administration and assurance of future protection for journalists, the GJA principally holds the view that the timely gesture of the rebranded Ghana Police does not and should not absolve the offenders from tasting the biting edge of the law as articulated by Article 17(1) of the Constitution which simply says no one is above the law.

“We urge the law and order community not to allow the latest attacks against journalists to be overshadowed by the dominant case or swept under the carpet. Justice must manifestly and expeditiously be done to the victims to amplify the message that no one is indeed above the law.”