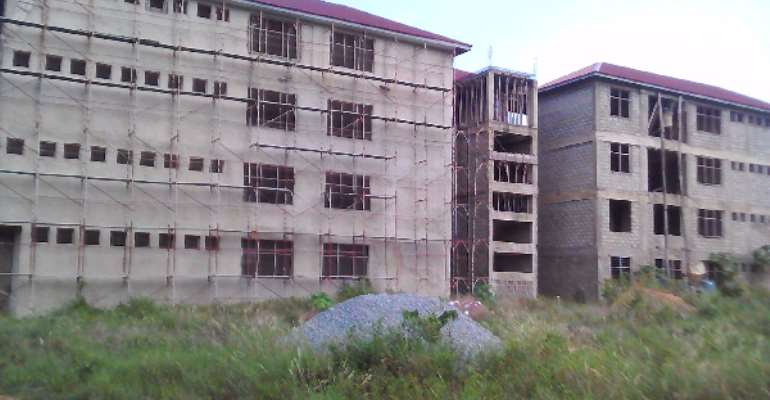 The Social Democracy and Development Dialogue Forum Africa (SDDDF-Africa) is calling on the Ghanaians to rise up and punish government for the continuous neglect of abandoned projects in the country.

This comes as several projects that were not completed by the National Democratic Congress (NDC) government have been left unattended by the ruling New Patriotic Party (NPP) government.

Making reference to data from the Institute of Fiscal Studies (IFS), SDDDF-Africa says abandoned projects are a huge drain on the already fragile Ghanaian economy and cost the poor taxpayer a whopping $25million each year.

In a press release from the Organisation, it says it is more than scandalized over the culture of Government’s continual neglect of developmental projects across the country.

“It is SDDDF-Africa's contention that the estimated $25million per year is a clear case of negligence and massive financial loss to the state for which Ghanaians must more than ruthlessly deal with any culprit government because it is the only way governments can be alive to their responsibilities,” the release from the Organisation signed by Desmond Twumasi Ntow who is the lead advocate has said.

Meanwhile, SDDDF-Africa wants the sitting government to come clean on its own campaign promises such as 1D1F, 1V1D, and restoring the status of Korle Lagoon.

It shares the view that so far, not much has been done in terms of fulfilling the numerous promises government made to the people.

Find below the full release from SDDDF-Africa: