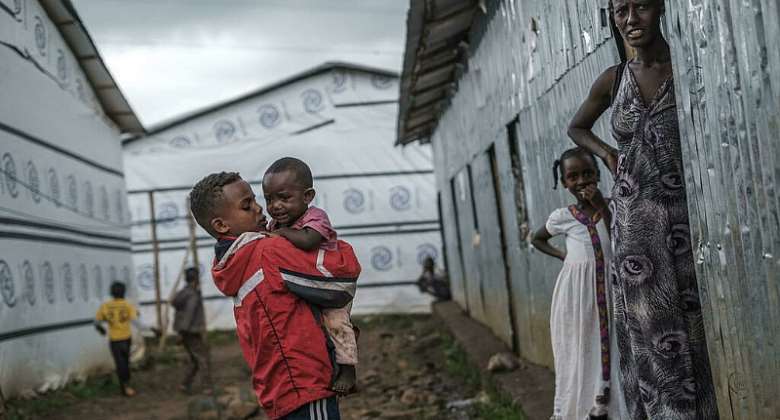 The UN human rights chief said Monday that gross violations were being perpetrated by all sides in Tigray and warned that the conflict risked spreading throughout the Horn of Africa.

The 2019 Nobel Peace Prize winner said the move was in response to attacks on army camps by the Tigray People's Liberation Front, then the region's ruling party.

The 10-month-old conflict between government forces and Tigray rebels has claimed the lives of thousands and triggered a major humanitarian crisis.

Noting that fighting has spread to other regions of Ethiopia, Bachelet said: "The conflict risks spilling over to the whole Horn of Africa."

Forced displacements
Bachelet said that in recent months mass detentions, killings, systematic looting, and sexual violence had continued to create "an atmosphere of fear and an erosion of living conditions" that resulted in the forced displacement of Tigrayan civilians.

"Civilian suffering is widespread, and impunity is pervasive," said the former president of Chile.

"Even with the changing dynamics in the conflict, there has been one constant: multiple and severe reports of alleged gross violations of human rights, humanitarian and refugee law by all parties."

Bachelet's office and the Ethiopian Human Rights Commission have completed the field work in a joint investigation, with a report due on November 1.

"It is already clear that cases documented comprise multiple allegations of human rights violations, including attacks on civilians, extrajudicial killings, torture, and enforced disappearances among other grave abuses," said Bachelet.

"Sexual and gender-based violence has been characterised by a pattern of extreme brutality, including gang rapes, sexualised torture and ethnically targeted sexual violence."

Child soldiers
Bachelet added that during the period under review, Tigrayan forces had allegedly been responsible for attacks on civilians, including indiscriminate killings resulting in nearly 76,500 people being displaced in Afar region and an estimated 200,000 in Amhara.

More than 200 individuals have reportedly been killed in the most recent clashes in these regions, and 88 individuals, including children, have been injured, she said.

"We have also received serious reports of recruitment of children into the conflict by Tigrayan forces, which is prohibited under international law," said Bachelet.

The UN High Commissioner for Human Rights called on all parties to end hostilities immediately, without preconditions, and negotiate a lasting ceasefire.

"Looking ahead, a sustainable peace will only come through accountability, a genuine inclusive dialogue and a national reconciliation process," she said.