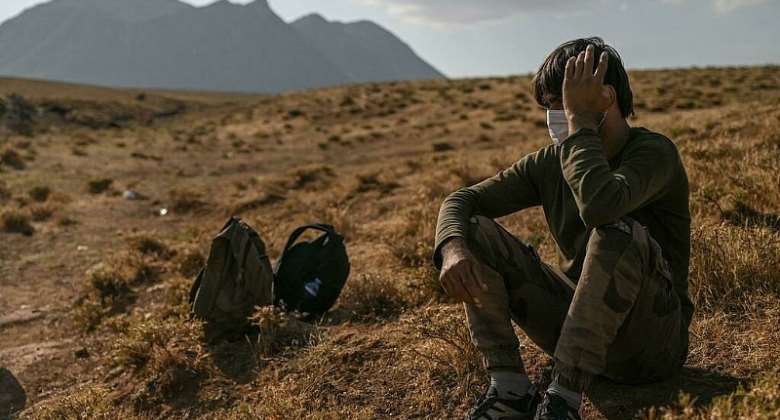 Since the Taliban seized power in Afghanistan, Turkey has been holding talks with the group's leadership. Ankara is looking to play a pivotal role in the new Taliban Afghanistan, but voices caution Turkey risks overplaying its hand.

As the Taliban celebrated with gunfire, as the final refuge of NATO's twenty-year Afghan presence ended with the last American plane flying out of Kabul international airport, its leadership was already reaching out to Ankara.

Taliban looks to Ankara
Despite Turkey being a part of NATO's Afghan military presence, the Taliban is looking to Ankara to help reopen and run Kabul's international airport, severely damaged in NATO's rush to exit the country. As a result, Ankara believes it occupies a unique position in dealing with the group.

"Well, certainly, it considers itself as a Muslim country and the only Muslim country in NATO. It has an advantage when talking to the Taliban," said retired Turkish ambassador Selim Kuneralp.

"But the Taliban don't seem to see it in the same way," Kuneralp added. "They have said yes, Turkey is a valuable partner as a Muslim country, and so on. But they are still not ready to see a renewed military presence."

Ankara says it talks with the Taliban remain deadlocked over its demand that the Turkish military should secure the airport rather than the Islamist hardliners.

"In my view, the Taliban or Afghan forces could ensure security outside the airport," said Cavusoglu.

"But inside, there should be a security company trusted by the international community or all other companies. Even if airlines, including Turkish Airlines, are keen to fly there, insurance companies would not allow it," the Turkish foreign minister added.

But Cavusoglu, acknowledging the importance of reopening the airport, said talks would continue with the Taliban.

During August talks with his Turkish counterpart, Maas even offered to share the airport's cost with Ankara.

Turkey - Taliban deal
Turkey could yet come to a deal with the Taliban, with the Turkish President Recep Tayyip Erdogan eyeing a diplomatic opportunity.

"Erdogan is hoping that the situation in Afghanistan and the need to have some type of engagement with the Taliban will provide some type of political leverage, benefit to Turkey," predicted Asli Aydintasbas, a Senior Fellow at the European Council. "He wants to be the conduit of dialogue, NATO and western dialogue with the Taliban."

Turkey's large construction industry - already operating in Afghanistan - could also benefit under the Taliban. In a recent interview with a Turkish newspaper, a Taliban official said Turkey could play a key role in rebuilding the country, which could be bankrolled by Turkey's close ally, energy-rich Qatar.

But could Ankara be overplaying its hand with its growing aspirations in Afghanistan?

"The neighbors of Afghanistan - that is Russia, China, India, Pakistan, and Iran - all of the big countries, activist countries have very influential with inroads into Afghanistan," explains Soli Ozel teaches international relations at Istanbul's Kadir Has University.

"Can Turkey, by itself because it has historical relations with Afghanistan, be a broker or manager of the developments? I really have doubts about that," Ozel added.

But Erdogan has close ties with Russian President Vladimir Putin. And the two countries are cooperating in other regional hotspots, including Syria and the Caucasus. Zaur Gasimov, an expert on Russian Turkish affairs at Bonn University, argues Afghanistan could be another point of cooperation.

"That would forge and activate a dialogue between Ankara and Moscow with regard to security, bringing the two countries closer to each other. Afghanistan would become a new chapter  in a book that already consists of several chapters like Syria, Karabakh, and so on," said Gasimov.

Erdogan is due to visit Moscow soon. NATO has already voiced concern over Turkey's deepening ties with Russia. But analysts say Erdogan could be calculating that he has room to maneuver and create a role for his country as Afghanistan's new rulers forge a relationship with the rest of the world.