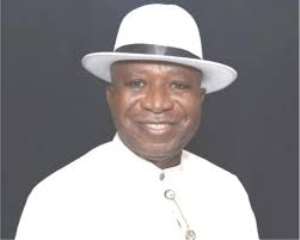 The Presidential Amnesty Programme boss, Col. Milland Dikio has been accused of spending funds for the empowerment of 400 ex-militants on travels and stakeholder meetings.

A statement circulated to media practitioners by Churchill Amieye, an APC youth member from the South-South region, stressed that “It seems like the drama in the Niger Delta Presidential Amnesty Office is far from over. Revelations have shown that, even after the widely publicized verification exercise carried out by the caretaker committee, set up by the National Security Adviser to the President, the office is still overwhelmed with unprogressive policies and mismanagement of funds.”

He recalled that “Col. Milland Dikio on assumption of office one year ago assured Nigerians and beneficiaries of the programme that the Amnesty Programme would be restructured to improve the fortunes of the Niger Delta region and all stakeholders. Unfortunately, a totally different scenario is playing out.”

Text of the state further reads: “So far One Billion Three Hundred Thousand Naira, (N1,300,000,000) has been spent on stakeholders’ meetings; an amount that can comfortably empower over 400 ex-agitators. The company paid to coordinate these meetings is Vortex Nigeria Limited; a company owned by one of Col Dikio’s close aides. This company is currently inactive by CAC records but receives huge payments from the Amnesty office. Another company HR Index, on the approval of Col. Dikio is being paid Twenty Million Naira monthly for Human Resources, meanwhile, the staff of the office are being paid directly by the Amnesty office, meaning HR Index gets Twenty Million Naira monthly for doing nothing.

“It has been reported that Col. Dikio who is currently out of the country has been bribing groups to get solidarity and lobby for a second tenure in office. The most recent one was Twenty-Five Million which was handed over to the Ijaw Youth Council. The money which was delivered in cash by the Head of Reintegration of the Amnesty Office, during his recent trip to Bayelsa State, was shared amongst the executives of the group to support a publication calling for the confirmation of Col. Dikio as the substantive Amnesty Coordinator.

“These are just some of the anomalies plaguing the Amnesty Programme. Currently, the activities of Col. Dikio are being investigated by the Office of the National Security Adviser. Top on the enquiry is investigation on why billions have been expended without any direct impact on the ex-agitators who are the direct beneficiaries of the programme.”