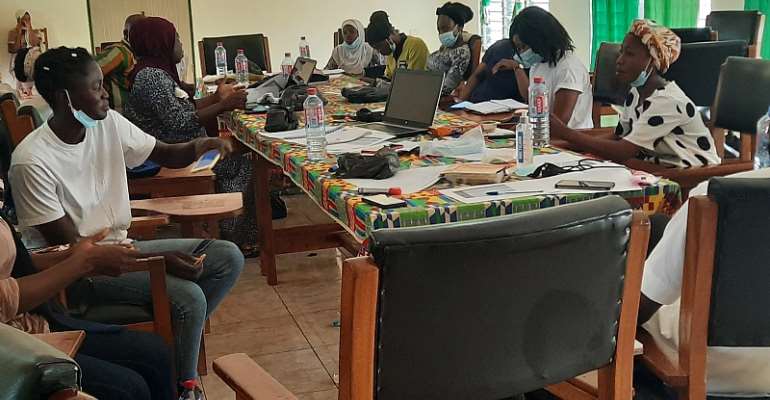 Government has been called to release seed money into the Domestic Violence (DV) Fund to operationalise it to ensure availability of resources to amongst others urgently construct temporary shelters across the country for victims of domestic violence.

Miss Rumana Jibrila, Girls/Female Empowerment Manager at Norsaac, who made the call, said operationalising the DV Fund would ensure justice for victims/survivors of domestic violence in the country.

She made the call at a day’s stakeholders’ forum in Tamale to discuss amongst others how to provide temporary shelters for victims of domestic violence.

It was organised by Norsaac, a civil society organisation, as part of its ENOUGH project being implemented with funding support from Oxfam in Ghana.

The ENOUGH project is geared towards the elimination of sexual and gender-based violence by empowering women, girls and other stakeholders to know their rights and claim them.

Representatives from the Department of Social Welfare, Department of Children, Department of Gender, Ghana Education Service, as well as groups including Young Urban Women Movement and the Young Female Parliamentarians Alumni from the Northern Region were the participants.

The Domestic Violence Act stipulated the setting up of the DV Fund where resources can be drawn to establish shelters for victims of domestic violence as well as other support for them.

However, since 2007 when the Domestic Violence Act was enacted, no money has been deposited into the DV Fund to provide the shelters, a situation, which is affecting the fight against domestic violence in the country.

According to the Domestic Violence and Victim Support Unit of the Ghana Police Service, cases of domestic violence continue to rise in the country.

Ms Jibrila lamented that “Since the enactment of the Domestic Violence Act and by extension the DV Fund in 2007, not even one Ghana cedi has been deposited into it and victims tend to suffer as result of the absence of shelters.”

She spoke about how the absence of shelters was affecting the fight against domestic violence saying “You rescue a victim, you have to take the person back to the harmful environment just because you do not have anywhere to keep them.”

She added that “Again, justice for the victims or survivors becomes something that they dream of. It does not become a reality because you cannot report a perpetrator and still live in the same house with him/her. Your life becomes threatened and for that matter you prefer to keep the abusive situation to yourself rather than bringing it out.”

Some of the participants including representatives of Young Female Parliamentarians Alumni proposed ways including using part of the COVID-19 Levy to raise revenues for the DV Fund to help build shelters as well as support victims/survivors of domestic violence.

Madam Bushira Alhassan, Acting Regional Director of the Department of Gender, who made a presentation on the Domestic Violence Act, called for respect for the rights of all for a peaceful society.