Yapei Kusawgu: Are we not Ghanaians? – NPP group cry to Akufo-Addo over neglect 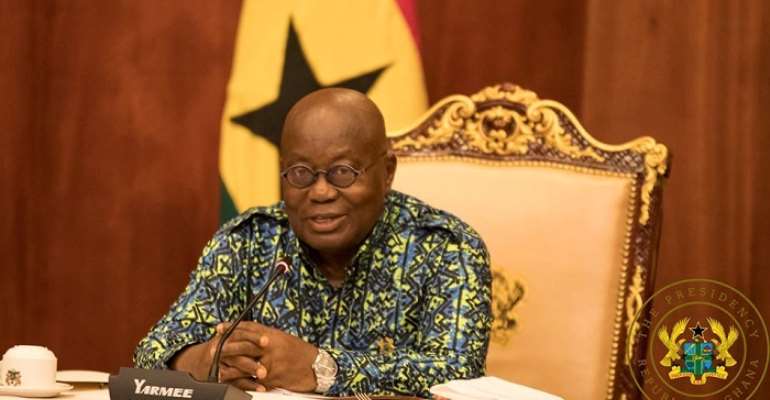 A youth group calling itself the Coalition of Aggrieved Foot Soldiers of the New Patriotic Party in the Yapei Kusawgu Constituency of the Savannah Region are crying over what they say is neglect from President Akufo-Addo.

According to the group, while NPP youth in other constituencies are being appointed to various positions, none of their members are being considered by the government.

“Our constituency and, by extension, the District has equally qualified personalities to be appointed as CEOs, board members and other positions to drive home development but ask if we are even considered for any appointment by the President,” the leader of the Coalition, Tanko Malik said at a press conference at Yapei on Monday, September 13, 2021, while asking, “Are we not Ghanaians like those in other constituencies?.”

Tanko Malik further bemoaned, “Since 2017, no youth from the Constituency has been employed in any entity, neither has any of our leaders had any appointment yet we call ourselves party foot soldiers. What is our crime?.”

The Coalition of Aggrieved Foot Soldiers in a cry to the government has threatened to advise its members in the next general elections if things do not change in the next three year.

The group for starters, wants a son of Yapei Kusawgu Constituency to receive a government appointment just as has happened in other constituencies in the Savannah Region.

Latest Photo Reports
Catch up with all the political quotes from our politicians.
Advertise here
More NPP News
ModernGhana Links
Be responsible and apologise for your 'do or die' comment – NPP Germany to Mahama
Mahama must apologize to women and children for 'do and die' comment — NPP-USA Women's Wing
NPP Europe Council of Elders mourn with Bawumia over lost of mother
NPP women battle ready for 'break the 8' agenda — Central Regional Minister
Subin: Confusion in NPP over membership registration
It's shocking, astonishing that none of us from Yalei-Kusawgu was appointed in Akufo-Addo's gov't — NPP Foot soldiers
I will be the first female President of Ghana — NPP Women's Organiser declares
Mahama’s ‘failed’ administration can never be compared with Akufo-Addo’s – NPP's Asante Yeboah
Your children must lead the ‘do or die’ agenda in 2024 —NPP vice chairman to Mahama
TOP STORIES