Government officials, MPs and others politicians mourn with Bawumia over mother’s demise 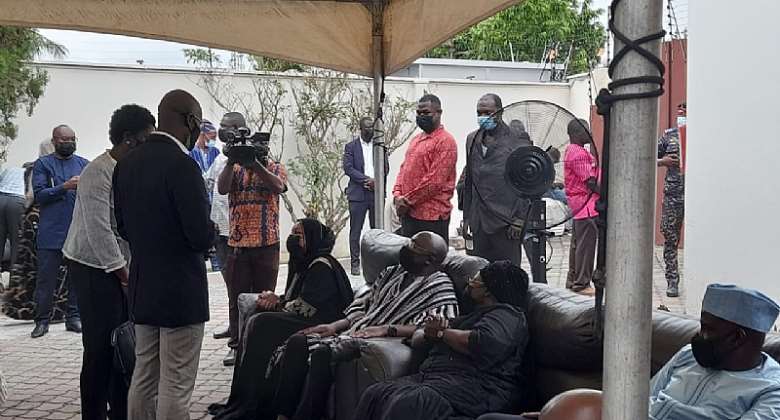 Some government officials, party leaders, Members of Parliament (MPs) from both sides of the political divide and family relatives have thronged the residence of Vice President, Dr. Mahamudu Bawumia to commiserate with him following the passing of his mother, Hajia Mariama Bawumia.

Hajia Mariama died on Monday, September 13, 2021, after taking ill for a while.

He earlier consoled his Vice President via a post on social media.

“On behalf of my wife, Rebecca, my family, the Government, and the people of Ghana, I convey deep sympathies to the Vice President, Alhaji Dr. Mahamudu Bawumia, on the sad loss of his mother, Hajia Mariama Bawumia,” Nana Akufo-Addo wrote on his Facebook page.

“I pray for strength for him and his family in these very difficult times. May Allah grant her soul eternal rest and the highest level of Jannah.”

John Mahama on social media also said he had phoned Dr. Bawumia to console him.

“I just got off the phone with my brother, Dr. Mahamudu Bawumia, to console him and the entire family on the loss of their mother, Hajia Mariama Bawumia earlier this morning. May Allah grant her a peaceful rest,” he posted on Facebook.

Hajia Mariama Bawumia will be buried tomorrow, Tuesday, September 14, 2021, in Walewale in line with Islamic tradition.