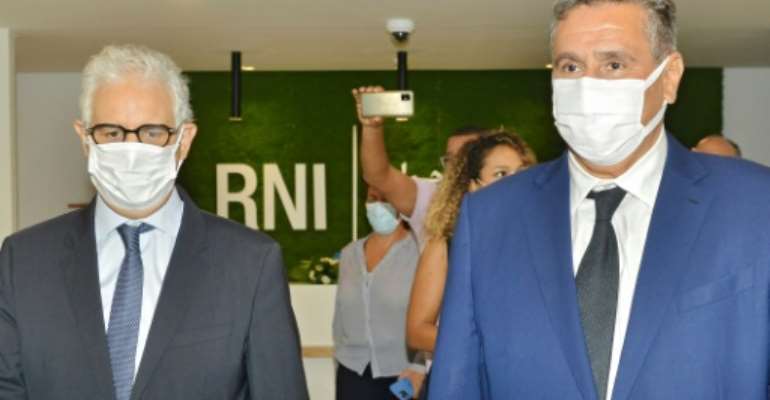 Morocco's billionaire prime minister-designate Aziz Akhannouch said Monday he will cut ties with his family's businesses, a move apparently aimed at heading off charges of mixing business with politics.

Akhannouch, whose fortune is estimated by Forbes at over $2 billion, has been tasked with forming a new government after his National Rally of Independents (RNI) thrashed incumbent Islamists in elections last week.

He served as agriculture and fisheries minister since 2017, during which time he faced accusations of collusion between business and politics.

In a statement on Monday, his office said he had started "an immediate process of withdrawing from all management of the family holding company to devote himself fully to his new functions".

Akhannouch's RNI, won 102 out of the Moroccan parliament's 395 seats, trouncing the moderate Islamist Justice and Development Party (PJD), which had headed the governing coalition for a decade but took just 13 seats last Wednesday.

According to Forbes, Akhannouch is the majority owner of Akwa Group, a multibillion-dollar petroleum, gas and chemicals conglomerate co-founded by his father in 1932.

The RNI, considered close to the palace, has started coalition talks with the runner-up, the Authenticity and Modernity Party (PAM), founded by an influential royal advisor.

The two had clashed during election campaigning, with the PAM accusing Akhannouch's party of vote-buying.

But the PAM's head Abdelatif Ouahbi said Monday after meeting Akhannouch he had "received positive signs" and that "dialogue will continue".

Akhannouch has also met other potential coalition partners, and said he hopes to form a "coherent and united majority".