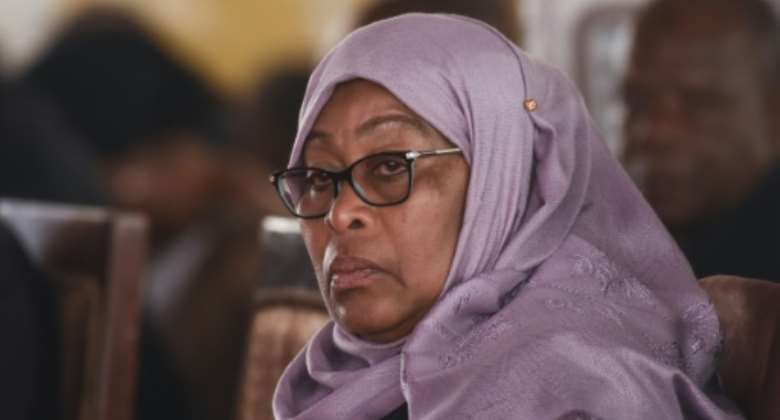 Hassan put Makamba in charge of the strategically important ministry of energy. By - AFPFile

Tanzania's President Samia Suluhu Hassan has appointed a politician dismissed for criticising her predecessor as energy minister in a cabinet reshuffle that also included the nomination of the country's first female defence minister.

Former deputy environment minister January Makamba was sacked from the government in 2019 and forced to apologise to then president John Magufuli who died suddenly in March this year.

But in a reshuffle announced overnight Monday, Hassan, who has broken from some of her predecessor's policies, welcomed the 47-year-old back to government and put him in charge of the strategically important ministry of energy.

Magufuli had accused Makamba of criticising him during telephone conversations with other members of the ruling Chama Cha Mapinduzi (CCM) party and threatened to expel him unless he apologised.

Magufuli, nicknamed "the bulldozer" for his authoritarian style, made no secret of the fact that he eavesdropped on the telephone conversations of members of his government.

Makamba, whose father is a former secretary general of the CCM, had challenged Magufuli for the party's 2015 presidential nomination and lost.

The reshuffle, which also saw Stergomena Tax named as defence minister, the first woman to hold that position, came as Hassan seeks to draw a line under the Covid-sceptic policies of her predecessor by launching Tanzania's first vaccination drive in July.

Although some had hoped that Hassan would bring about a new era of political freedom after the increasingly autocratic rule of Magufuli, the arrest of opposition leader Freeman Mbowe has raised fears for the future of democracy in the East African nation.

Mbowe was arrested in July and is being tried on terrorism charges, which his Chadema party describes as a politically motivated effort to crush dissent.

The ministry of energy is currently overseeing the construction of a controversial hydropower dam project in the Selous Game Reserve and is strategically vital to Tanzania, which has significant natural gas reserves.