The supreme name of Jesus (3) 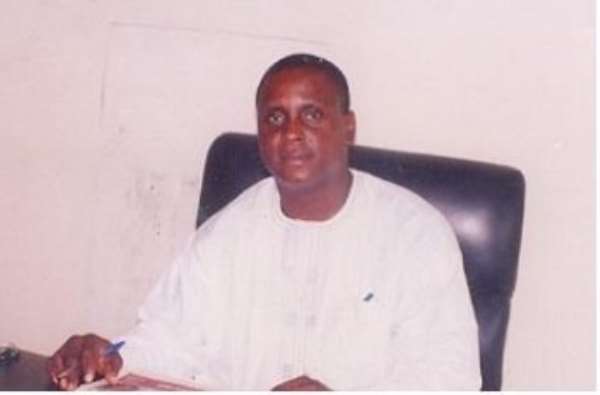 Emmanuel Eni, a former top agent of the dark kingdom also told the story of how the Name of Jesus threw Satan down at one of their meetings in the underwater world. Hear him: “One day, a girl named NINA came to me. She was a very beautiful young girl but lives mostly in the sea, the underwater spirit world. She was an ardent agent to the Queen of the Coast (goddess of the sea) and very wicked. She hated the Christians so much and would go any length to fight Christianity. I first met her during my visit to the sea. NINA came for an errand from the Queen of the coast. We left immediately and reaching there I learnt of our having a conference with Lucifer. Satan, in this meeting, gave us the following instructions: to fight the believers and not the unbeliever; because the unbelievers were already his. When he said this, one of us asked: ‘why’? He said the vision was that God drove him out of ‘that place’. He refused to call the word ‘heaven’. And curiously throughout our various meetings with him he never mentioned ‘heaven’. Rather he would always use the word ‘that place’, because of pride, and therefore he does not want any Christian to get there.

“He also told us that we should not fight the hypocrites. ‘They are like me’ he said. He continued his speech and said that his time was near; therefore, we should fight as never before and make sure no one enters ‘that place’. So, one of us said to him, ‘we heard that God has sent someone to rescue mankind back to God.’ Satan then asked: ‘who is that’? One member answered - ‘Jesus!’ And to our greatest surprise, Lucifer fell from his seat. He shouted at the man and seriously warned him never to mention that name in any of our meetings if he loves his life. Yes, it is very true that at the mention of the name of Jesus every knee must bow, including Satan.” Yes, the word of God is true! Every knee, including Satan’s, must bow to the name of Jesus. What our friend Evangelist Eni saw was correct. That is what constantly happens in the spirit realm, but most Christians do not know because we don’t see it. Yes, like he said, it confirms the scriptures in Philippians 2:10, “So that at the name of Jesus every knee will bow, in heaven and on earth and under the earth and every tongue will confess that Jesus Christ is Lord, to the glory of God the Father.” Amen! Read more of this in my book Power of Midnight Prayer.

What else do you want to hear? All powers, dominions, authorities, thrones, evil conspiracies and agenda, grand masters, perfect masters, witches, dark angels, shamans, false prophets, heads of false religions, rulers of darkness and wickedness, evil spiritual gangs and alliances, spirits in the air, on the land and in the waters bow before the name of Jesus Christ. That is the scriptures! And it cannot be broken. They know him very well in the occult world. The ruler of the dark kingdom is Satan and he remembers daily that Jesus disarmed, defeated and put him to permanent shame at the cross. He also stormed to the hedges, harassed, humiliated and collected the key of life and death from him. Yes, the bible said that the greatest mistake Satan made was to allow Jesus to be killed at the cross. He still regrets it today. The death and resurrection of Jesus totally and forever disarmed the Devil and the operators of the kingdom of darkness. In fact, they did not believe he would come out of that grave. They used everything to stop him. They waited for his last breathe and drop of blood, the bandaged him, put him in the grave, cemented the tomb, blocked the entrance with extra heavy stone and mounted a permanent heavy military guard at the place. But on the third day, the King of glory, the King of Kings, the Glory of Israel, the Prince of Peace, the beginning and the end, the mighty man in battle majestically, gloriously walked out of the place! And that is also why every plan, road block, hindrance and effort against you will fail! I love what he told John, “I was he that was dead and now I am alive!” We will continue. Bless you! Share this message.

Rev Gabriel Agbo is of the Assemblies of God and the author of the books / audiobooks: Power of Midnight Prayer, Receive Your Healing, Breaking Generational Curses: Claiming Your Freedom, Never Again!, I Shall Not Die, Move Forward, Power of Sacrifice and many others. Tel: +234-8037113283 Facebook: Pastor Gabriel Agbo E-mail: [email protected] Website www.authorsden.com/pastorgabrielnagbo Twitter: pastorgabagbo