Can Ghanaians Ever Remove a President from Office Under the 1992 Constitution? - Episode 1 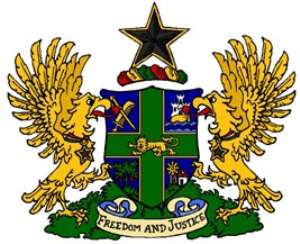 The warrant by which a person becomes the President of Ghana after that person was elected in a presidential election is the oath of allegiance and the presidential oath the person swears and signs. These oaths are enshrined in the Second schedule of the Constitution, 1992.

In taking the oath of allegiance, the President-elect swears in the name of the Almighty God to be truly allegiant and faithful to the Republic of Ghana as by law established. Per the oath of allegiance, the President-elect also swears to preserve, protect and defend the Constitution of the Republic of Ghana and accordingly asks God to help him in that regard.

Perhaps the most serious aspect of the presidential oath apart from the fact that it is taken in the name of God, is that the person taking the oath states, “should I at any time break this oath of Office, I shall submit myself to the laws of the Republic of Ghana and suffer the penalty for it.”

All the Presidents of the Fourth Republic (from Jerry John Rawlings to Nana Addo Dankwa Akuffo Addo) had taken the oath of allegiance and the presidential oath summarized above and indicated their resolve and willingness to be punished should they break the oaths. Are we sure that none of these Presidents broke the two oaths for which he should have suffered the penalty for it?

Article 35 (7) of the 1992 Constitution which is one of the Directive Principles of State Policy (DPSP) provides, “As far as practicable, a government shall continue and execute projects and programmes commenced by the previous Governments.” The DPSP are found under Chapter Six of the Constitution, 1992.

Contrary to the foregoing constitutional provision, various Presidents of the Fourth Republic had abandoned projects initiated with public funds by their political predecessors. In some cases, a President starts new projects similar to those initiated by the previous Presidents but not completed before change of political power. This has led to several uncompleted and abandoned projects in almost every part of Ghana. Perhaps the most alarming and mindboggling aspect of the problem is that a political party (NPP or NDC) abandons projects initiated by its own previous administration. The cause of this one is largely attributable to personality clashes within a political party.

I think that failure of a President to continue the projects started by a previous administration constitutes the breach of the Presidential oath and same act flies in the face of Article 35 (7) of the Constitution. A President of Ghana who abandons a previously started government project cannot be said to be preserving, protecting and defending the 1992 Constitution as he swore before God and the people to do. It means he breached the presidential oath and the oath of allegiance and he must consequently suffer the legally approved penalty for it. And the penalty may be removal from office as the Constitution provides in Article 69 (1) (b) and (c).

If Article 35 (7) is justiciable and a President breaches it, should that not constitute a ground for breaking the presidential oath hence impeachment could be initiated against the President?

If Supreme Court determinations constitute case law and for that matter a source of law in Ghana as the Constitution provides in Article 11, then the foregoing Supreme Court decisions are binding on any President of Ghana to respect Article 35 (7) of the Constitution, to the extent of not abandoning government projects initiated by previous administrations. Abandoning such projects does not only amount to breaching the Constitution but it does also constitute causing deliberate financial loss to the State. In my view, that should constitute a ground for the President’s Removal from office. I will resurface with Episode- 2 of this piece to advance my arguments.