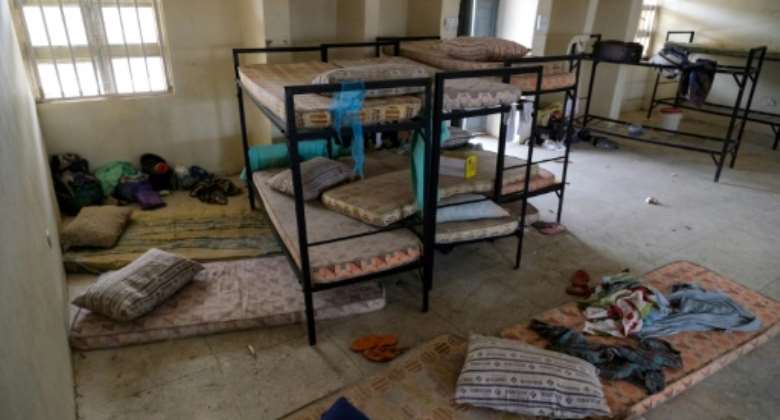 Nigerian troops also came under attack in Zamfara at the weekend after an armed group raided a military base there killing 12 security officials, while gunmen stormed a jail in another central state and freed more than 200 inmates.

Security forces began operations in Zamfara a week ago against heavily armed criminal groups known locally as bandits, who are blamed for a series of mass abductions in schools across Nigeria's northwest this year.

Officials also shut down telecoms across the state to disrupt bandit communications as part of the offensive after more than 70 students and some teachers were snatched from the Kaya school in Zamfara on September 1.

The students were freed on Sunday after nearly a fortnight in captivity.

"A total of 75 hostages taken from the Government Junior Secondary School Kaya were released on Sunday evening," the local government source said. "They looked robust and unharmed."

A video released by Zamfara State Governor Bello Matawalle's office showed him greeting busloads of students in the night and asking them if they had been harmed.

Map locating states in northwestern Zamfara State, where the army is conducting operations against bandits. By (AFP)

A dozen girls in yellow headscarves and robes smiled and laughed from inside one minibus.

According to security sources and the local source, the captors had released them in exchange for safe passage out of the forest as the army had surrounded their camp.

The telecom shutdown had helped troops reach the bandit camp without giving away operations, the local government source said.

"The enclave of the bandits was put under siege by security forces and they agreed to release the hostages in exchange for safe passage," the source said. "The mission was to safely rescue the hostages and the bandits released them unharmed."

Mass kidnappings have become common in parts of Africa's most populous country, where President Muhammadu Buhari is under pressure to improve security as his forces battle jihadists in the northeast and criminal gangs in other regions.

It was not immediately clear who carried out the raid in Mutumji, but the base about 80 kilometres (50 miles) from the state capital Gusau, is a key site for logistics and reconnaissance in the fight against bandits.

Jihadists in Nigeria's northeast frequently attack military bases in Borno State, the heart of a 12-year insurgency that has killed 40,000 people.

But the bandit gangs, sometimes with hundreds of members who raid and loot villages and kidnap for ransom in the northwest and central states, have also become more brazen.

In July, bandit gunmen shot down an air force jet over Zamfara while it was returning from operations. The pilot safely ejected and managed to escape capture.

Gunmen also attacked the country's elite defence academy in northwest Kaduna State last month, killing two officers and kidnapping another in a raid in one of the symbols of the armed forces.

Around 240 inmates were freed during the attack on medium Security Custodial Centre in Kabba, Kogi State, Nigeria's correctional service spokesman Francis Enobore said in a statement.

Since December the bandit gangs have also increasingly targeted schools for abduction attacks, and more than 1,000 students have been kidnapped over this year in a string of raids.

Most of those students have been released after negotiations and some escaped, but dozens are still being held in forest hideouts by their bandit captors.