Please, if Mahama isn’t insulting Ghanaians with his ‘do or die’ comment, what is it? 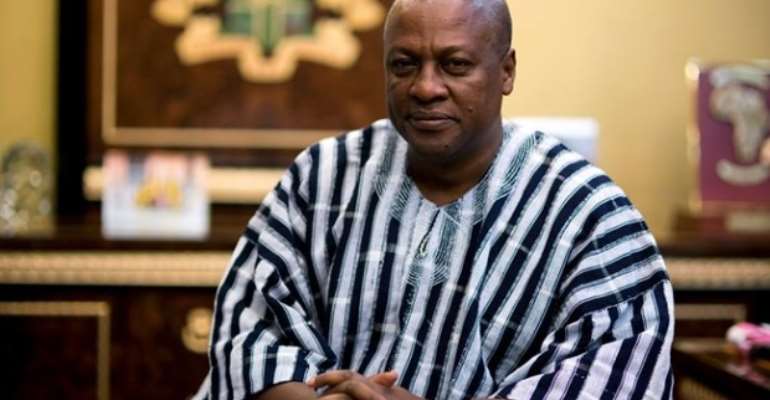 Election, in my humble opinion, is a social contract whereby a candidate solicits for an electorate’s mandate in exchange of better living conditions, among other things, security and protection of life and property.

In effect, the potential voters have the absolute right to weigh the disparate campaign messages and settle on their preferred candidate.

The adult universal suffrage, in theory, is a sacrosanct exercise and cannot and must not be desecrated with ‘do or die’ jargon.

And, even if we decide to settle on the controversial explication of ‘do or die’ as an idiomatic expression, where is it place in a peaceful election?

Where is ‘do or die’ in begging the voters to give you their mandate in exchange of better living conditions?

Since when did begging become a ‘do or die’ affair?

How can you force a giver to give you something he/she is not prepared to give?

In fact, it is quite troubling when Mahama ventured to state that it will be ‘do or die’ affair at the polling stations in the 2024 general elections.

I do not think there should be any ‘do or die’ affair if voters recollect the failed promise of one-term NHIS premium and turn down your plea for their mandate.

Why there should be ‘do or die’ affair if Ghanaians remember your appalling economic record(14% to 3.4%) and reject your offer?

There should be no ‘do or die’ affair if Ghanaians remember the over 58% bauxite which nearly went to friends and family.

‘Do or die’ has no place in the 2024 general elections if the electorates recollect the meltdown of Ghana’s economy(GH47 billion GDP dragged to GH40 Billion).

Where is the need for ‘do or die’ if discerning Ghanaians decide to express their anger over the GH800 million dubious judgment debt payments, including the GH51.2 million to Woyome, $30 million to the Waterville and $375,000 to Isofoton?

In fact, ‘do or die’ is not necessary if Ghanaians recall your sibling Ibrahim Mahama’s alleged import tax evasion of GH12 million.

‘Do or die’ should not come in at all if Ghanaians remit their fury in condemnation over the $175 million loan facility secured in 2012 which was meant to provide seven district hospitals and the NDC administration misapplied on the blind side of Ghanaians.

Why there should be ‘do or die’ if the electorates decide to protest over the GH200 million SADA funds invested on trees which burnt down and the guinea fowls that miraculously flew to the nearby Burkina Faso without a trace?

You may choose to ‘do or die’, but it is up to the voters to decide whether it was right to use the 200 million United States dollars to build only 668 housing units out of 5000.

I bet, the ‘do or die’ cannot stop Ghanaians from ventilating their arousing disgust over the scandalous bribery and corruption cases such as the infamous Bus Branding, the Brazil World Cup, GYEEDA, SADA, SUBA, NCA, SSNIT, MASLOC,GSA, amongst others.

You can proceed with your ‘do or die’, discerning Ghanaians will decide if the alleged Government Official 1 has a question to answer in the Europe’s aerospace multinational Airbus bribes to a few countries including Ghana during Mills/Mahama administration between 2009 and 2015.

We hereby plead with the likes of former President Mahama to refrain from making any condescending pronouncements such as ‘do or die’ and allow the unsuspecting voters to weigh the campaign promises , the integrity and competencies of the candidates before giving away their mandate.