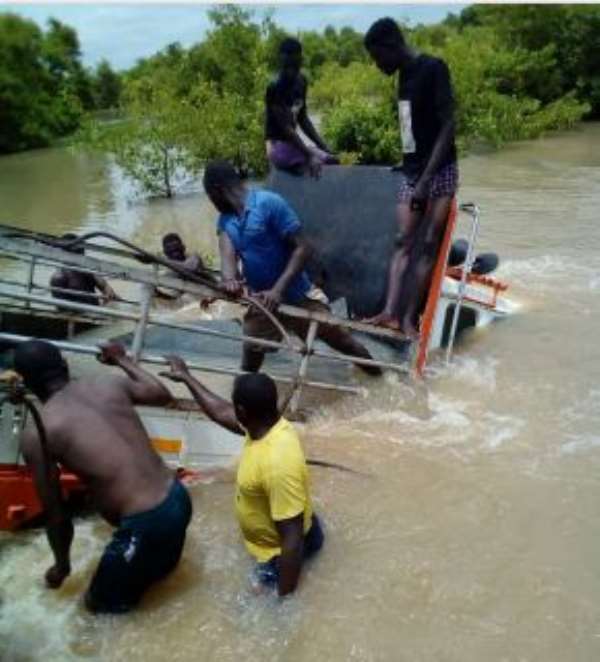 The Daboya-Busunu road in the North Gonja District of the Savannah Region, has bren splitted into halves cutting off over twenty communities away from the Regional capital Damongo after a week of endless downpour.

A Kia truck plying that stretch at the time of the incident on Saturday, September 11, 2021 got stuck. The driver and his mate however, escaped unhurt.

The occupants of the vehicle who were trembling in fears declined to comment on the issue.

The route which happens to be the only link to Busunu, Damongo and other towns, left several travellers and motorists stranded.

The incident caused a heavy traffic on the road and it took several hours for the floodwaters to ease before motorists could cross over.

In an exclusive interview with ModernGhana News, the victims said the road was awarded to a contractor but suffered a setback immediately after the change of goverment in 2017.

Disgruntled drivers motorists who ply the road on daily basis, expressed worry over the nature of the road.

According to them, the deplorable nature of the road has resulted in constant breakdown of their vehicles and motors and thus called on government to pay urgent attention to it.