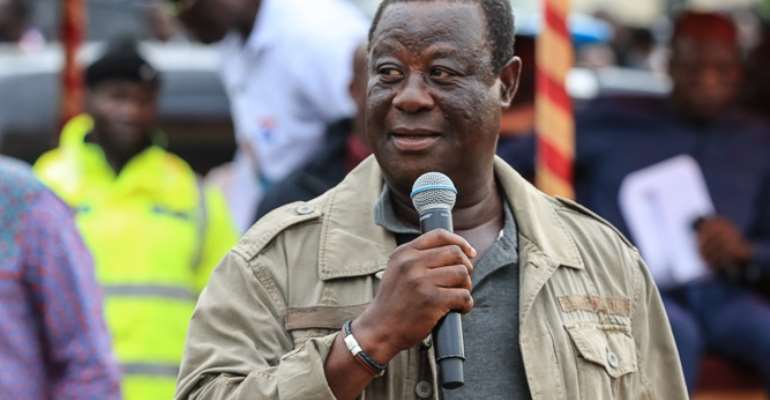 Ministry of Roads and Highways says the construction of phase two of the Tema motorway interchange will commence by close of November 2021.

This follows the signing of an agreement between the Government of Japan and the Government of Ghana to finance phase two of the Tema motorway interchange project and rehabilitation of national trunk road N8 on Friday, 10th September 2021.

Speaking to the media after the signing ceremony, sector minister, Kwasi Amoako-Atta said the project will begin on time since the funds have been made available.

“There is a company that executed the first phase. But it is not automatic that they will be elected to do the second phase. But whatever it takes, the contractor will come from Japan. Now that the agreement has been signed, the way is now opened for the project to start, so between now and November, the Tema Motorway project will commence for the second phase.”

The N8 which connects Cape Coast and Kumasi is one of the major trunk roads in Ghana for transporting export commodities.

The phase 2 project is a continuation of the phase I project, which helped to improve the section of the road between Assin Praso and Bekwai.

According to the sector minister, work is ongoing in earnest.

“The N8 which is the Twifo Praso- Assin Fosu is also in the second phase. The first phase links the Bekwai road and that has already taken off. The contractors are there as we speak and there are lots of work ongoing on there. There is no hindrance at all. Ghana is always proactive, and the President wants to see this action implemented.”

There's no disquiet among us over Akufo-Addo 'luxury' trips,...
5 minutes ago