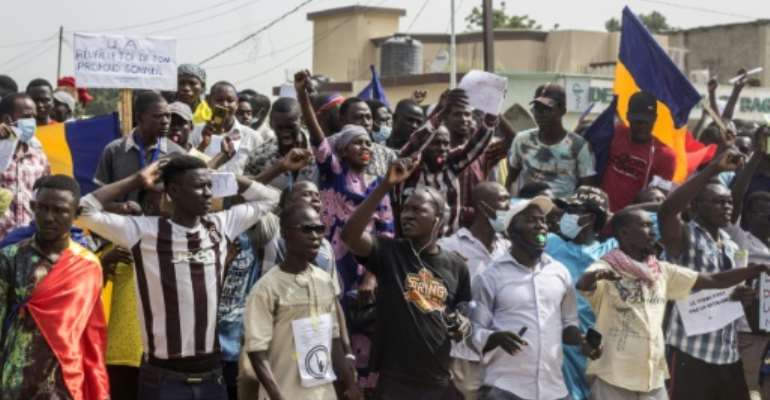 Hundreds demonstrated on Saturday against Chad's junta amid tight security in the capital N'Djamena, an AFP journalist reported, as tension grips the country following the April death of former president Idriss Deby Itno.

Deby senior died aged 68 after more than three decades in office and on the cusp of winning a sixth term in office.

The army officer had seized power in 1990 through an armed uprising.

Saturday's marchers blasted the attitude of former colonial power France, which the opposition accuses of backing the junta.

The march, which was authorised by authorities and went of peacefully, saw slogans such as "Chad is not a kingdom," and "No to French support for the Deby father and son system."

Succes Masra, a keen rival of the Deby family and founder of the opposition party The Transformers, was for the first time attending a rally since Deby's death.

"If not just for the memory of our martyrs, we must never abandon the struggle," he told reporters in allusion to several deaths at a banned April 27 demonstration.

"We are marching today to demand revision of the charter governing the transition (to a new government) and orders putting in place committees which are not inclusive for dialogue," said Max Loalngar, a spokesman for the opposition platform Wakit Tamman.

Deby junior has promised "free and democratic" elections following an 18-month national dialogue process of reconciliation -- though the junta has not ruled out an extension to that timetable and have since their arrival dissolved parliament and repealed the constitution.