Our ‘Do or die’ spirit made Bagbin Speaker – Suhuyini 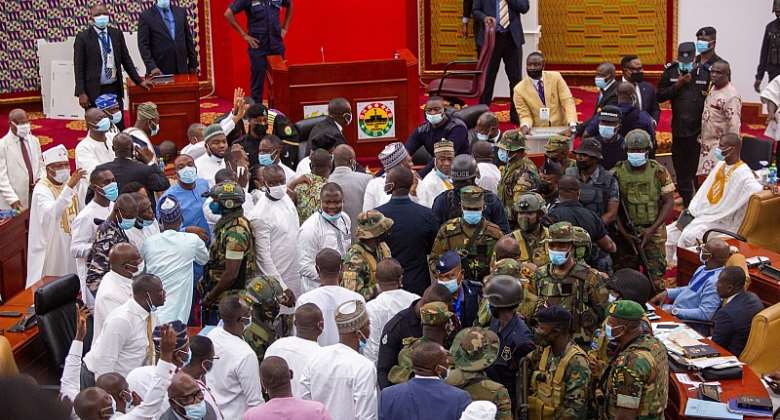 Member of Parliament for Tamale North Constituency Alhassan Sayibu Suhuyini says critics appear to be blowing the ‘Do or die’ comments made by former President John Dramani Mahama out of proportion.

He said the comments were a mere idiomatic expression that can only be interpreted in English and not by any Ghanaian.

Speaking on The Keypoints on TV3/3FM on Saturday, September 11, the National Democratic Congress (NDC) Member of Parliament (MP) said there were instances during the 2020 elections that ‘Do or die’ yielded positive results for his party.

“But for that persistence that you saw on 7th January, we would not have had a member of the Minority party to be a Speaker of Parliament.

“You all saw what happened, the persistence that the Minority put up that Ghana is celebrated today for having a member of the Minority being the Speaker of Parliament,” he cited.

He also cited how the NDC won the Savelugu parliamentary elections in 2020 due to the persistence of the party’s polling agents as well as regional executives.

He again cited how in Techiman South “even when people persisted, they were shot and killed”.

Akufo-Addo directs CJ to look into petition for Jean Mensa’s...
11 minutes ago