Priesthood Of All Believers (2) 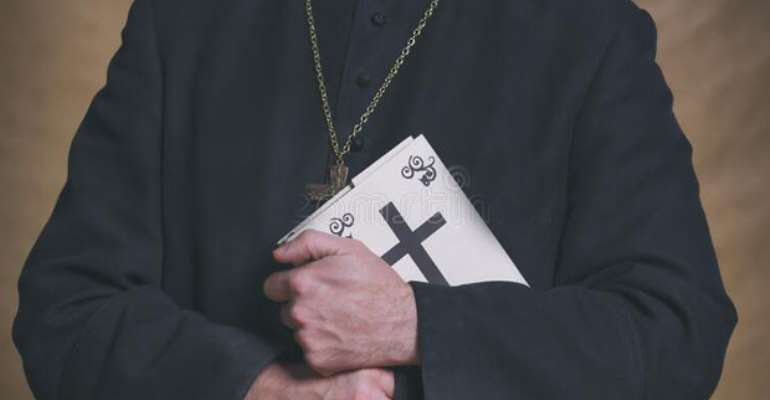 Papesh, is therefore, right when he states that the Christian assembly is a diakonia community gifted with the Holy Spirit of Jesus through baptism. These gracious gifts, or charisms, of the Spirit are intended for the service of the whole Christian community. Ministry in the ancient church is all about action, not cultic worship.

Outward moving evangelisation, preaching, teaching, and assembly leadership are the core ministries that constitute the Christian way of life. These actions, according to Papesh, fundamentally the way a Christian lives his or her life, comprise the sacrifice, the liturgy, and the common priestly office of the whole people.

Thus, the New Testament teaches that every baptised Christian believer has been called to be a minister. Every believer is expected to serve God, the church and the world through the gifts God has graciously endowed them. This means that a believer who is gifted with singing ability and the other one who is blessed with teaching grace are both servants who participate in God's ministry.

It is written in 1 Peter 4: 10 that, “As each has received a gift, use it to serve one another, as good stewards of God's varied grace: whoever speaks, as one who speaks oracles of God; whoever serves, as one who serves by the same strength that God supplies…”

Moreover, in Romans 12: 4- 8, the apostle Paul writes that “…Having gifts that differ according to the grace given to us, let us use them: if prophesy, in proportion to your faith; if service, in your serving; the one who teaches, in his teaching; the one who exhorts, in his exhortation; the one who contributes, in generosity; the one who leads, with zeal; the one who does acts of mercy, with cheerfulness.”

Similarly, in 1 Corinthians 12: 1ff, a list of diverse spiritual gifts of the Holy Spirit are presented as available for believers in Christ for the common good. The gifts are listed as “the utterance of knowledge”, “faith”, “healing”, “working of miracles”, “prophecy”, “ability to distinguish between spirits”, various kinds of tongues” and “the interpretation of tongues”.

All these, and several others which were not listed in 1 Corinthians 12: 1ff, in the words of Paul, are empowered by one and the same Spirit, who apportions to each one individual as he wills” (1 Corinthians 12: 11).

But are the modern Christian believers performing their priestly functions as expected of them today? Certainly not! Evidence abounds that they have shirked their priestly responsibilities. Thus, Rick Warren points out, “…the church is a sleeping giant. Each Sunday, church pews are filled with members who are doing nothing with their faith except “keeping” it. The designation “active” member in most churches means those who attend regularly and financially support the church.”

Asante adds to Warren's view and asserts that “the harvest is, indeed, plentiful and the labourers are few because there is a great neglect by theologians regarding the distinctive roles of baptised believers – meaning, in the Christian Ministry, baptised believers have relegated their ministerial calling and responsibility to the ordained, the clergy.”

But why would the New Testament baptised believers relegate their ministerial calling to the ordained ministers? How did the church arrive at this present situation? Should the believers be blamed for shirking their ministerial responsibilities? Certainly not! Christian leadership in the first four centuries may partly be responsible for this ministerial failure resulting from the clericalisation of the church.

Forbes argues that, “If Scripture envisions a church full of priests, clergy and laity alike, then how did we get where we are today? How do we account for this distant straying from such a vital, biblical doctrine for the ministry and mission of the church?”

Carruthers attempts to answer this question when he writes, “By the end of first century, questions surrounding the Priesthood of all Believers began to emerge. Perhaps one of the very first questions came in AD 98 when Clement of Rome became the first person to describe believers as “lay-persons”, distinguishing them from the leaders.

Clement 1 writes, “For to the high priest the proper services have been given, and to the priests, the proper office has been assigned, and upon the Levites the proper ministries have been imposed. The layman (laikos anthropos) is bound by the layman's (laikos) rules. Let each of you brothers, give thanks to God with your own group/rank (tagmati), maintaining a good conscience, not overstepping the designated rules of his ministry…”