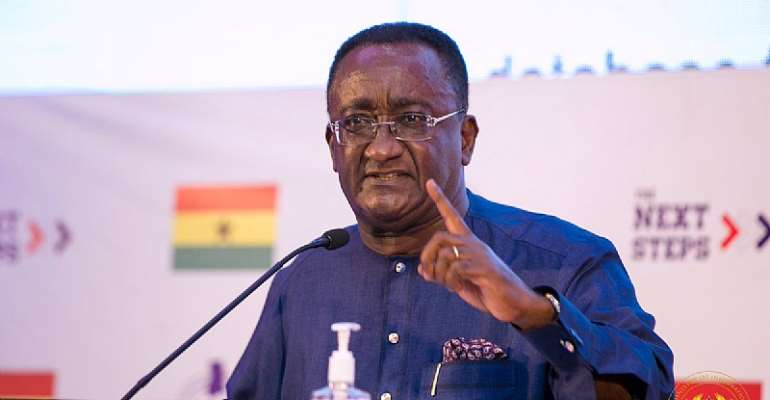 Minister for Food and Agriculture, Dr Owusu Afriyie Akoto, has rubbished claims that the government’s Planting for Food and Jobs (PFJ) has been a failure.

According to him, the programme has brought about an increase in the food basket of the country following its implementation.

Former President John Mahama, speaking on Sunyani-based Moonlite FM, as part of his Thank You tour, described the policy as a failure.

He predicted a likely food shortage to hit the country in 2022 if government fails to pump more funds into the programme.

But reacting to the comments on Asempa FM’s Ekosii Sen, the sector minister noted that the claims were untrue, adding that those who even voted for Mr Mahama have been the biggest beneficiaries.

These people, Dr AfrIyie Akoto, said were those in the Volta and other northern regions.

According to him, Mr Mahama should watch his utterances else his own NDC people would punish him in 2024 general elections should he get the nod to be their flagbearer again.

He argued that if the former President’s comment was the reality, Ghana wouldn’t have gained international recognition and commendations over food security.

Planting for Food and Jobs is a flagship agricultural campaign of the government, with five implementation modules.

The first module of the PFJ – Crops – is focused on promoting food security and immediate availability of selected food crops on the market as well as the provision of jobs.

The initiative, which he said currently has over one million farmers benefiting from it, is aiming at reaching all farmers in the country, a move he says will substantially reduce food prices in the country.

Dr. Owusu Afiriyie Akoto has been touted as the best Agric Minister ever, following his successful implementation of agricultural policies that have earned Ghana an enviable reputation globally.