Why has a simple idiomatic English phrase "Do-or-Die" caused such a storm-in-a-calabash in Ghana? 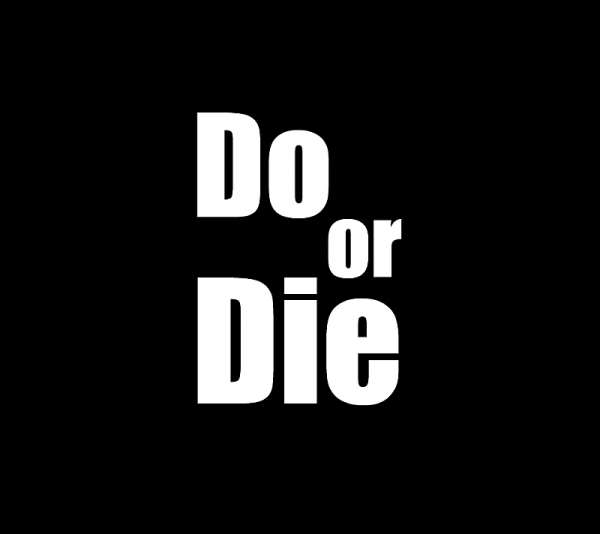 No wonder some of Ghana's current cohort of uneducated and ignorant old-media-folk (such as the cantankerous Kofi Thompsons!) have been wondering, why on earth, an uncalled-for-request, to former President Mahama, by the ignorant host of an FM radio station (where he was being interviewed), to withdraw part of his emphatic and forthright plainspeaking, about how his party's approach to the 2024 presidential and elections, would differ radically, from that of its approach to the 2020 general elections, has caused such controversy across our homeland Ghana. Hmmmm, eyeasem, ooooo...

Touching on the shocking-laxity, at polling stations, nationwide, shown by many of his National Democratic Congress (NDC) party's agents, which cost them the closely-fought December 2020 presidential, and parliamentary elections, the former President made it absolutely clear, that that laxity, would not be repeated in the December 2024 presidential and parliamentary elections - because the level of the on-the-ground watchfulness, by the NDC's party-polling agents, during the 2024 general elections, would be of a do-or-die-nature. What's wrong with such forthrightneas, koraaaa, one wonders, Ghanafuo? Haaba.

The question is: Why are well-educated, and highly-intelligent politicians, suddenly justifying a totally uncalled-for-request, to former President Mahama, by a semi-literate journalist (who for all we know, probably even has a doctorate degree, this being Ghana), who has so obviously failed to master the basic tool of his profession, the English language - judging by his cluelessness in making such an odd request with such arrogant-aplomb?

The plain truth, is that nothing can justify his daft-request, in asking former President Mahama to withdraw his forthright statement - that the lapses that lost his NDC party, the closely-fought 2020 elections, would not occur in 2024: because that general election would be a 'do-or-die-affair', for the NDC. Was the former President not simply making it clear that eternal vigilance would the bedrock-ethos-underpinnings of the NDC's polling-station strategy for the 2024 presidential and parliamentary elections? Haaba.

In light of all the above, perhaps the question we all ought to ponder over is: Are those in today's Ghana, making such a meal out of this storm-in-a-calabash, now making out that they are such terrible speakers of the English language - and that they also apparently don't understand the meaning of the simple English-phrase, "do or die": or are they being intellectually dishonest and partisan-politicians, as usual, and merely seek to shamelessly exploit that gaffe of a request, by a semi-literate journalist, for below-the-belt political-advantage, anaaaaa? Hmmmm, eyeasem ooooo: Eeiiiii, Oman Ghana - enti yewieye paaa enei? Amanfuo, asem, kesie bi, ebeba debi, ankasa, ooooo. Yooooooo...