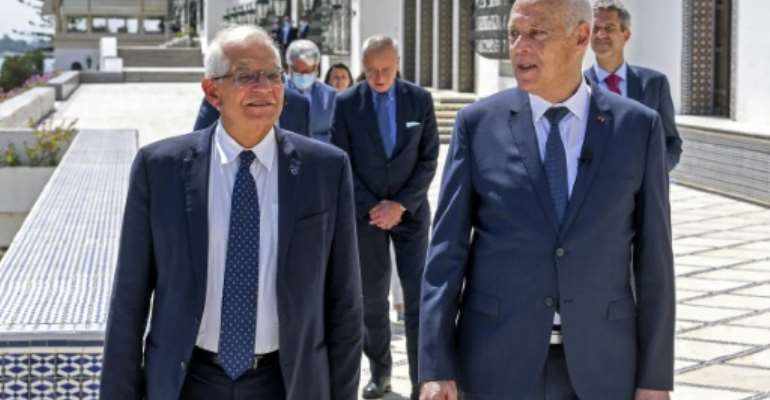 "I communicated to the president Europe's apprehensions about the preservation of democratic gains in Tunisia," Borrell said after talks with Saied, ministers and representatives of political parties and civil society in the capital Tunis.

He emphasised that "the free exercise of legislative power and the resumption of parliamentary activity are part of these gains and must be respected".

On July 25, Saied dismissed parliament, sacked the prime minister and granted himself sweeping powers, invoking the constitution as justification for his power grab.

A wave of travel bans and house arrests has since targeted parliamentarians, magistrates and businessmen in an anti-corruption purge that has raised fears of a decline in freedoms.

It is "important to lead the country towards the re-establishment of institutional stability, preserving its democratic foundations", Borrell said.

He called on Tunisia to "restart on its path of democratic consolidation".

Saied, a retired law professor and political newcomer, was elected in 2019 as voters rejected the political class that had ruled since the 2011 revolution.

While underlining "respect... for Tunisia's sovereignty", Borrell told Saied of "the European Union's attachment to Tunisia's democratic anchor as well as to the respect for the rule of law and fundamental freedoms".

The EU is waiting to see "concrete actions and measures in the coming weeks", he said.