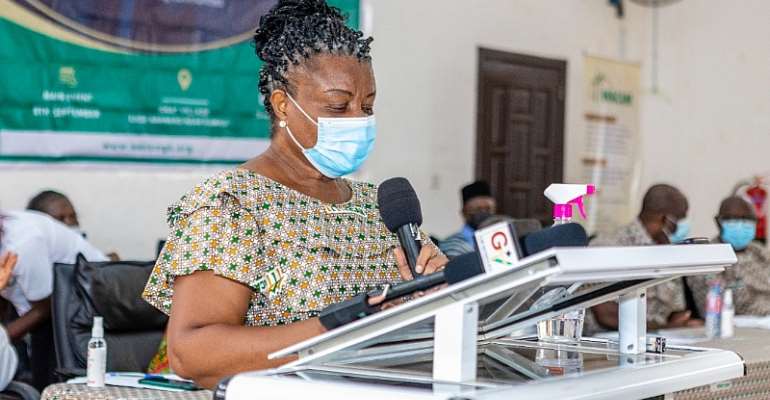 Government has been urged to avoid a repetition of the mistake of its attempt to undertake onshore oil exploration in Nkoranza North and Busunya in the Bono East region, without seeking the consent of the host communities.

According to the Associate Executive Director of Wacam, Mrs Hannah Owusu-Koranteng, who made the call, there was enough evidence to support the fact that onshore exploration of oil without a social license from the affected communities will spark conflicts.

These conflicts, she cautioned, sometimes turn violent with their accompanying effects.

Mrs Owusu-Koranteng gave the caution on Wednesday, September 8, 2021, in her welcome address during her organisation’s 6th Annual Conference at Ejisu-Abankro near Kumasi in the Ashanti region.

The conference, which was on the theme; “Celebrating Wacam’s Mining Advocacy Achievements: The Role of Mining Communities,” brought together Wacam’s community groups across the country.

According to the associate executive director of Wacam, the existence of oil deposits does not mean it should be exploited to the detriment of the host communities and the environment.

For instance, she said, it was regrettable that the state and its agencies did not seek the consent of the people in Nkoranza and Busunya which are the food basket of the country before undertaking onshore oil exploration in these two areas.

“When corporate bodies rely on their corporate strength to ignore affected communities to undertake projects with far-reaching negative consequences on the people who live in the area, the result is protracted conflicts,” she cautioned.

The theme of the conference, she explained, gives meaning to how mining communities that have been empowered through Wacam’s education programmes had been able to protect their lands, rivers and livelihoods from being destroyed by the surface mining operations of multinational mining companies.

“Examples abound to demonstrate that when communities are empowered, they use the Free Prior and Informed Consent (FPIC) to make choices that protect their livelihoods, right to clean environment and socio-cultural rights,” she stated.

In his keynote address, the Dean of the School for Development Studies, University of Cape Coast, Dr Emmanuel Tenkorang, stressed that mining has not contributed much to national development.

While congratulating Wacam on its 6th annual conference, he said advocacy work was not an easy task.

However, for advocacy to be successful, he noted that all the actors which are the state, business, communities, researchers and advocates must all play their respective roles.

For his part, the Executive Director of Wacam, Mr Daniel Owusu-Koranteng, said Wacam’s journey has been a tumultuous one.

He insisted that in the face of the challenges that they were confronted with, Wacam has become a household name empowering communities with knowledge for them to defend their rights.