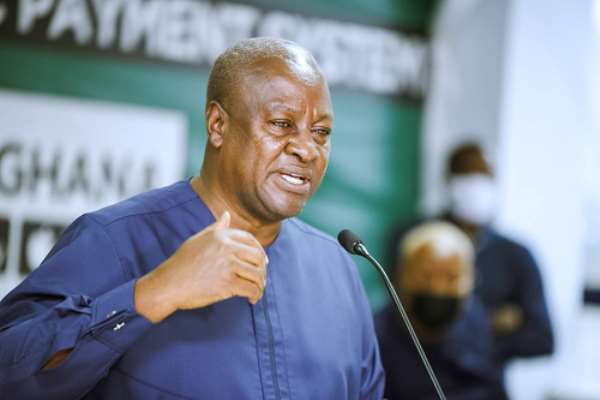 Someone should tell the former President, he is not the only person who speaks the Queens language. What do idiomatic expressions seek to portray? This figure of speech hides the evil intentions of the narrator.

What is the do or die decision? It is reflective or characterized by an irrevocable decision to succeed at all costs; desperate; all-out: such as a do-or-die attempt to halt the invaders. It carries an involving or a potentially fatal crisis or crucial emergency.

2: presenting as the only alternatives complete success or complete ruin.

As an idiomatic the former by his stating that "do or die", he is calling on his supporters to persist, even if death is the result.

Anyone well educated can't miss the import of what the former President said during the said interaction.

John Mahama can make fools of those who are semi-illiterate but not everyone. His pronouncement is clear-cut and definite.

Very serious or gloomy determination to do or die whatever the cost.

What he should realize, the usage describes critical situation where one's actions may result in victory or defeat. Of or pertaining to the last chance to succeed in a given situation, such that the utmost energy and effort must be put forth to do so.

Just to remind him, we aren't daft or uneducated. Neither can we be taken as stupid people.

If his followers have shallow reasoning and understanding he should spare us.

Just as some of us subjected Akufo Addo for making such uncivilized statement, some of us will surely do so with your "do or die" outburst.