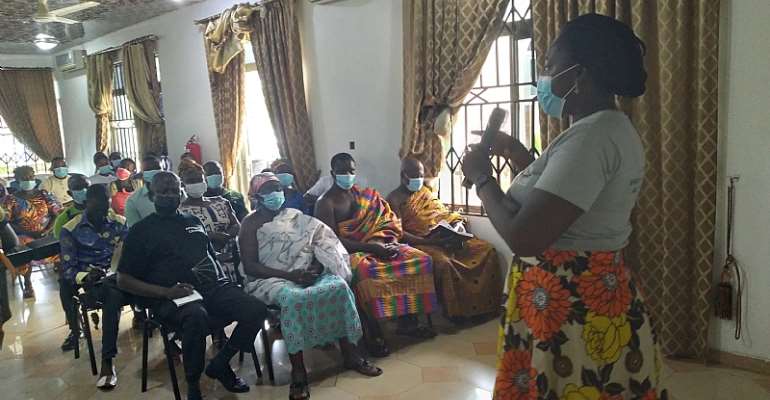 The LEAN project seeking to address three sectoral barriers that have historically hindered efforts by government, civil society organisations and the private sector to end land degradation and deforestation through the uptake of landscape approaches was on Thursday launched in Techiman in the Bono East region.

The project would explore jurisdictional landscape approaches that cover the entirety of the project targets area and provide the local farmers the opportunity to improve their livelihoods.

The project is implemented by four consortium local and international experts including the Rainforest Alliance, World Vision Ghana, Tropenbos Ghana and EcoCare Ghana.

Mrs Mercy Owusu Ansah Director for Tropenbos Ghana noted that the aim of the project was to restore the landscape and ensure trees planted were protected.

Mrs Ansah indicated that the project targets to ensure a lots of hectares is covered, stating that about 60 hectares would be covered per year as the project was engaging about 6,000 farmers who would also receive capacity training to make them skillful in handling the welfare of the trees.

Dr Ebenezer Djagbletey Deputy Director of operations in charge of the Transitional zone of the Forestry Commission noted that the commission was committed to ensuring laws governing the forest work effectively enforced to protect the trees as it would not hesitate to arrest and prosecute any offender.

Dr. Djagbletey mentioned that the project would also train and monitor about 6,000 smallholder farmers directly and another 6,000 indirectly on climate smart agriculture and sustainable forest management in six selected districts in collaboration with the forestry commission and the department of agriculture.

He further explained that that the project was focused on the restoration of degraded landscape and forest, creating greener buffer along water bodies and creation of community wood lots where farmers could use for sustainable charcoal production among other things.

He called on community members and stakeholders who would benefit from the project to share their ideas with others so as to achieve a successful project implementation.