Akufo-Addo Spent A Whopping Gh¢5.86 Million On Luxury Jets Within Four Months And Refunds Gh¢237,974 Within Eight Months, What's The Jubilation For? 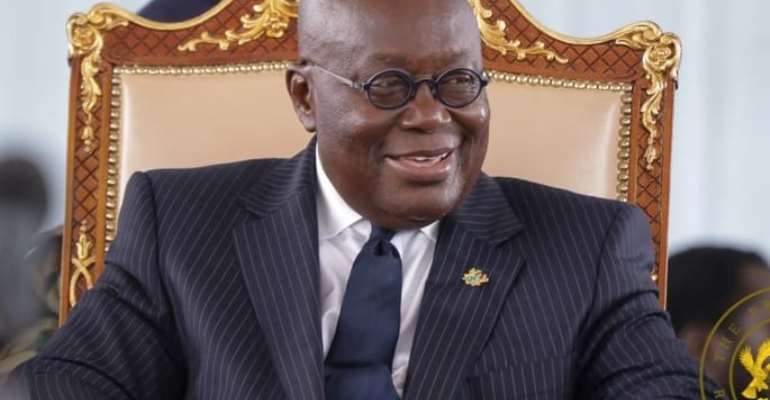 Wait a minute! Nana Addo and his cohorts should give us a break, they should even bow their heads in shame. Wonders shall never end they say is indeed a true quote. We were all in this country when Covid-19 started, but Nana Addo never takes any decision that will be of benefit to the masses of the ordinary taxpayers, but if not his family, then his friends or his appointees.

It has been alleged that Nana Addo has refunds his salary increment from January to August, but there is no evidence, fact or document to prove such assertion. Anyone at all can put anything to the media space because the media does not have any limited stuffs it takes care of.

In addition, it was alleged that Nana Addo in May 2020, has spent a whopping amount of almost 3million Ghana cedis of the taxpayers money to rent an expensive luxury jet to travel to Paris and Johannesburg and in August, spent another 3.46million Ghana cedis on another luxury private jet to travel to England and Germany. This shows that within the months of May and August Nana Addo has spent a whopping gargantuan amount of 5.86 million only in his travels within four months at the expense of the poor taxpayers and the broken economy and today, it has been alleged that Nana Addo refunds his salary increment accrued from January to August amounted to GH¢237,974 to the state. What is the jubilation for, if I may ask the NPP Faithfuls?

Any rational and critical thinker can bear with me that even if the alleged refund is true, Nana Addo is doing the country more harm than good. Covid-19 was with us when Nana Addo decided to increase his salary, that of the Vice President, his Ministers, Deputy Ministers, paid his wife, the First Lady and that of the Second Lady salaries instead of the allowance, all these happened during the Covid-19 era.

Nana Addo set a Committee purposely to increase his salary, pay his wife and Bawumia's wife salaries, increase the salaries of his appointees during the covid era, but surprisingly for him to be announced that he is given back such amount of taxpayers money, if only it is true, then it's not new. I thought he has given his eight months salary back to the state.

Nana Addo and his appointees could have been hail if only they can refund their full salaries paid from January to August of taxpayers money back to the state rather than this calculated reason of claiming to have refunded his increment to the state when there is no evidence to prove.

Do not forget that it was this same Nana Addo who insulted civil servants by adding only 4% and 7% salary increments to their payments for 2021 and 2022.

It was this same President who gave Ghanaians free water and electricity and after the 2020 elections, ask them to pay back.

It was this same Nana Addo who started the public toilets project for the first time but could not accomplish just ten.

It was Nana Addo who promise one district one factory policy but about 274 constituencies are yet to see its manifestations in their constituencies.

It was again Nana Addo who abandoned Mahama's E-Blocks to rotten in the bushes only to introduce traffic indicators in our education system.

It was this same Nana Addo who promise to protect the public purse only for us to know it has become loot and share.