What crap is John Mahama talking about in regard to election 2024? 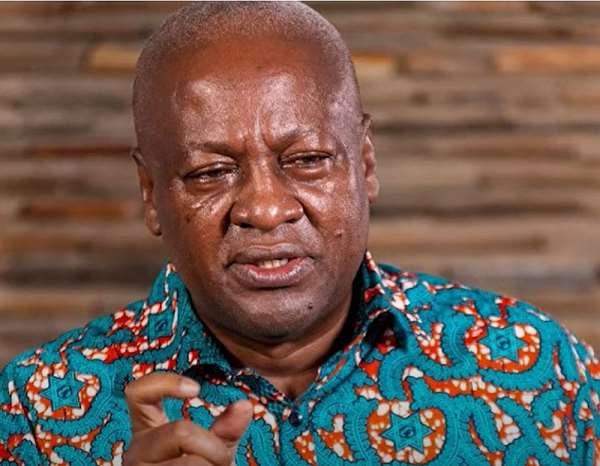 What does former President John Mahama think he is, if not who he is? Does he continually underestimate the intelligence of Ghanaians, taking all of them for having a short memory? Does he think Ghana is his private property? Does he think he owns Ghana and the people therein? Does he see all Ghanaians as shallow-minded stooges like his followers in the NDC?

I am highly infuriated by a nauseatingly threatening statement made by John Mahama in regard to election 2024. As the world is struggling to emerge from the strangulating Covid-19 pandemic come to devastate the world economies to render many workers jobs, collapse businesses and killed people, John Mahama is only thinking about how he will physically wage war at the polling stations for NDC and himself to win election 2024.

Instead of coming up with noble ideas convincing enough to woo Ghanaians to the side of his NDC party, he is rather talking trash.

I don’t blame him but the toothlessness of Ghanaian laws. If the laws were powerfully enforced to treat all citizens fairly but not discriminatorily to punish the poor in Ghana, former President John Mahama would long have been convicted to a jail term. He has clearly robbed the nation either personally or had facilitated the chances of his cronies and appointees to dubiously enrich themselves.

Discerning Ghanaians will gird up their loin to take him on come election 2024.

As pride goes before a fall, so shall it be his fate because of his expressed evil-mindedness and determination to win power by hook or by crook.

As the Philistine giant, Goliath, fell at the hands of little man David, so shall the fate of Mahama be at election 2024.