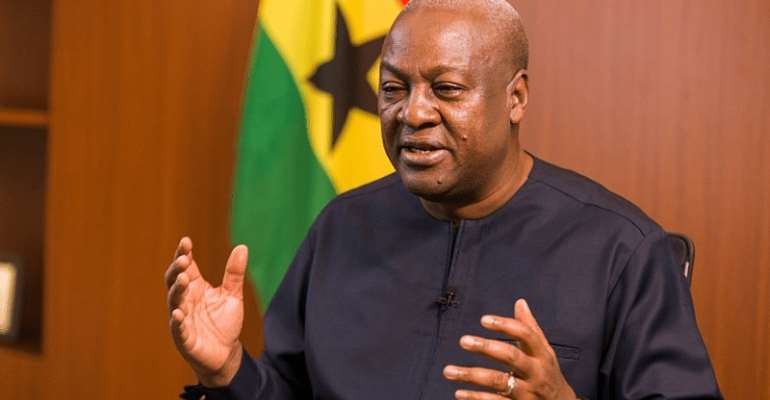 He said the current administration has reduced governance to ‘empty sloganeering and PR stunts’.

Speaking at the NDC Professionals Forum on Monday, September 6, 2021, at the Cedi Conference Centre of the University of Ghana, the presidential candidate of the umbrella party in the 2020 election has been very critical of the ruling New Patriotic Party (NPP) government.

From accusing the President Akufo-Addo government of reckless spending and mismanagement to bring untold hardship to Ghanaians, a worried John Mahama also blasted the government for its unwillingness to fight corruption.

According to him, the problems facing Ghana and the solutions to them cannot be reduced to a handful of fancy slogans and poorly conceived and implemented half-measures aimed at obtaining short-lived political gratification only to have them inflict deeper socio-economic wounds on our country and leave more problems than they resolve.

Insisting that "governance is not about empty sloganeering and PR stunts", the former President stressed it should be about methodical steps that are well-conceived and thought through to address problems holistically and permanently.

“It should be about crafting and rolling out a vision that transforms society in meaningful ways with clearly benefit all our people,” ex-President John Dramani Mahama said.

In the foregoing, John Mahama has called on government to engage other political parties to come up with lasting solutions to the country’s problems in order to foster development and improve the lives of the citizenry.

“The seemingly intractable problems we face and the vicious cycle they continue to perpetuate should compel us to create room for more consultation and deliberation among competing political forces and ideologies as we demonstrated when we convened the Senchi economic forum leading to the formulation of Senchi Consensus.

“Sitting with political opponents to find common ground and thinking through national problems is not an admission of defeat nor helplessness. It is a demonstration of maturity and statesmanship, oozing out of a shared desire to see our nation progress irrespective of the colour of those who govern at a particular point in time,” Mahama argued.