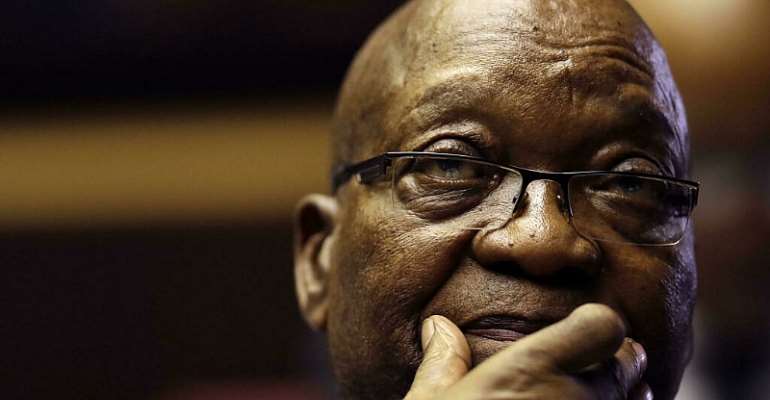 Former South African president Jacob Zuma has been placed on medical parole just two months into a 15-month prison sentence for contempt of court during a corruption investigation.

The 79-year-old underwent surgery for an unspecified problem in August, and has remained in hospital since.

Now prison authorities say he may be allowed to be treated at home, once he is discharged.

A statement from the Department of Correctional Services said Zuma's parole placement meant he could complete the remainder of the sentence in the “community corrections" system.

"He must comply with a specific set of conditions and will be subjected to supervision until his sentence expires," the department added.

No details were given regarding Zuma's illness, parole conditions nor whether his health had deteriorated since surgery.

Zuma was jailed for defying a Constitutional Court order to give evidence at an inquiry investigating high-level corruption during his nine years in office.

When the former veteran leader handed himself in on 7 July, his supporters staged protests and riots that President Cyril Ramaphosa described as an "insurrection".

The decision to grant medical parole has been welcomed by Zuma's supporters, but slammed by his critics.