The God-Figure; Time To Reconsider The God-Concept 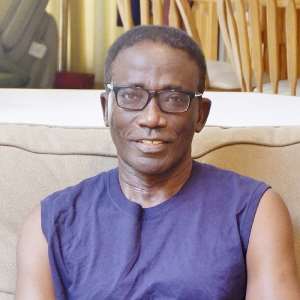 I was in elementary school, and my mother, who was in her third trimester (of pregnancy) was having eclampsia. She was apparently, dying.

I went into her chamber to pray to God for healing mercies. That was decades ago. She survived and I believed in my mind that my prayers saved her from a certain death.

We have been brought up from early childhood, to believe in the existence of a church God, a fatherly figure, who sits up in heaven, from where he watches the earth below. When you pray to him, he would answer your prayers.

You know, you can make anyone believe in anything if you work hard on their minds, right from their childhood.

From early childhood, our parents, our school teachers, our pastors have inculcated into our mindsets, the idea of a Church God, who created the universe, and who abhors sin.

This church-God actually gets angry with sinners; he is prepared to cage sinners in an eternal inferno, if they did not repent and ask for his forgiveness.

The church-God was once quoted in the bible as having regretted creating human beings. Genesis 6:6-7

To the Christian community, the most-assured way to secure a passage, to the future heaven is to accept the church-God's son-Jesus, not only as a personal savior, but also the savior of mankind, in general, from hell.

Majority of the human population still believe in such archaic doctrine; a doctrine that has no proof or basis.

Albert Einstein considered such a doctrine as primitive. The church-God we have grown to accept as part of our belief system was sculptured by men who had less knowledge about nature than we know now.

Einstein was not alone.

"The earth is like a plum that goes around an insignificant local star, the sun. And the local star is on the obscure outskirts of an ordinary galaxy, the milky way, which contains 400billion other stars.

So, the idea that we are central and that we are the reason there is a universe is pathetic.

If some of our myths, and some of our religion is inconsistent with the real universe, it is time to change the myth and the religion" -Professor Carl Sagon.

There are lot of questions that religion (a human-invented, large-cult worship), cannot answer.

None of these religious doctrines and scriptures can emphatically, tell us:

Where the individual human being came from

When and how would the individual leaves this earth.

The Abrahamic religions have answers that are based on pure speculation.

Hebrews 9:27 Everyone must die once. Then they are judged.

As Dr. Abraham Weiss has documented in his book, “Same Soul many bodies”; we always come back in new bodies after we die.

Hebrews 9:27 was nothing but a myth. Unfortunately, many people continue to believe in the two-thousand-year-old mythology.

When 2–6-year-old kids narrate their past lives experiences, we must believe them.

Those kids are not manipulative; they do have a different mindset.

Young kids are in constant touch with their subconscious minds, the memory-storage bank that is available for all humans.

The subconscious mind is also known as the intuitive mind, and the higher self.

The subconscious mind is a subset of the Universal consciousness.

We connect to the Universal consciousness through the subconscious mind.

The type of brainwaves one has depends on the level of their brain-activities and consciousness.

Preschoolers have a slow brainwave activity (4-7.5 Hz); the brainwave that corelates with deep meditations, trances and creative activities. This is the Theta brainwave. It is the brain activity that connects the mind to the subconscious mind.

Adults can reach such a state of mind through deep meditation. With children, this mental activity comes naturally.

Children lose their abilities to assess their memory banks when they grow older than 6-7 years. At this time, the Theta-brain waves give way to the faster Alpha, and years later the adult-type-Beta and Gamma brainwaves

Einstein, and many others did believe in a Divine Intelligence but definitely, not the one portrayed by Abrahamic religions as the church-God.

I believe in Spinoza's God, who reveals himself in the lawful harmony of the world, not in a god

who concerns himself with the fate and the doings of mankind.

Spinoza was excommunicated from the Amsterdam synagogue in 1655/56 because of his religious viewpoints.

To be mentally liberated, one needs to be broad-minded.

To Spinoza, God is not a father-figure. God is the whole of nature and its laws. So, to understand God, Humans must develop an expanded consciousness, not the types regulated by churches and synagogues.

Like Spinoza, Eistein affirmed that a belief in the church-God does not provide mankind the knowledge required to protect the planet earth from a future mishap.

The only religion that could save our planet is a Cosmic religion. This is because cosmic religion encourages scholars to explore the mysteries of the Universe and learn about the laws of nature.

By exploring and understanding the laws of nature, humans shall learn to adapt to, and cooperate with nature.

. Einstein concluded, Man would indeed be in a poor way if he had to be restrained by fear and punishment and hope of reward after death. - (Einstein: The world as I see it, Science and Religion)

We must put the idea of a church-God behind us. That is not today’s reality.

A belief in a rewarding and punishing God, has generated many fear-mongers who now, parade as prophets, and religious leaders, and feed on their mainly, naïve congregants.

True salvation comes when we study the laws of nature, and learn to cooperate with such natural laws.

How many prophets nowadays, can accurately predict the weather forecast for the next 10 days?.

How many prophets can predict the next solar or lunar eclipse; the next hurricane?

How many prophets can through miracles, convert the potential energy from a waterfall into electricity?

How many prophets can accurately, predict the next viral pandemics?

In a country like Ghana, many prophets have specialized in (falsely) predicting how a soccer-game would end, which politician could win the next general elections, and which individuals were going to die in a particular year.

The Heaven and hell idea is a hoax. We always come back after dying, in fresh bodies as newly born babies.

The way to the future is not religion. Little wonder church attendances continue to dwindle at a rate of 1% per annum, especially, in the developed countries.

Most inventors and visionaries get their ideas and inspirations by tuning their minds to, and tapping into the universally-accessible-Universal consciousness; the Universal God.

They do this by adjusting their mindsets into the creative mode that generates brainwaves equivalent to the frequency of 4-7.5Hz (theta brainwaves). They achieve this through meditations and also, during the daily-quite-times when they are totally relaxed.

Most people naturally achieve this state of mind as they lay in bed, relaxed and had just woken-up from deep sleep, (usually, in the early morning).

The universe always rewards such inventors and visionaries with satisfactory and much comfortable lives.