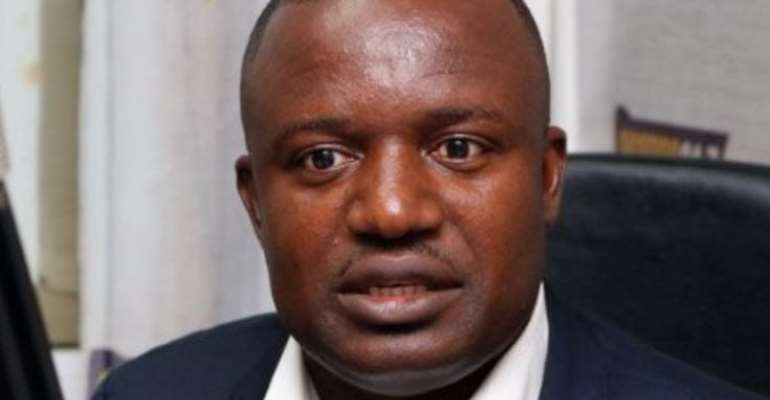 The Minority in Parliament is calling for due diligence in move by government to acquire shares in Deepwater Tano Cape Three Points and South Deepwater Tano Blocks owned by Aker Energy and AGM respectively.

The opposition party says the deal which is laid in Parliament is hyper-inflated.

On Monday, August 2, 2021, the Hon. Minister responsible for Energy, Hon. Matthew Opoku Prempeh laid before Parliament, a request for approval of shares in Aker and AGM blocks.

In a press release from the Minority to announce their stands on the proposal, the National Democratic Congress (NDC) Members of Parliament have expressed concern over what they describe as a hyper-inflated proposal.

“With regards to the current proposed share acquisition transaction by GNPC in the Aker and AGM blocks, the NDC Minority is not against the policy or decision for GNPC to acquire higher stakes in the said oil blocks per se.

“However, it must be made clear that we have serious concerns about the proposed hyper-inflated purchase price of the blocks and demand that all the necessary due diligence, independent audits, valuation and appraisals must be conducted by GNPC to ensure value for money for the country before the deal is approved by Parliament,” part of a release from the Minority signed by the Ranking Member for Mines and Energy, Hon. John Abdulai Jinapor has said.

In an assurance to Ghanaians, the Minority says it will diligently scrutinize all the necessary documentations with eagle eyes and ensure value for money in this transaction for the Country.

Below is the full release from the Minority:

On Monday, 2nd August, 2021 the Hon. Minister responsible for Energy, Hon. Matthew Opoku Prempeh laid before Parliament, a request for approval of the following transactions:

(i) Acquisition of additional shares by GNPC Explorco of;

(ii) Establishment of a Joint Operating Company between Aker Energy and AGM, and GNPC Explorco.

The request was subsequently referred by the Rt. Hon. Speaker of Parliament to the Joint Committee on Mines and Energy and Finance for consideration pursuant to Order 188 and 169 of the Standing Orders of Parliament.

It will be recalled that in the year 2018, Aker Energy bought the Deepwater Tano Cape Three Points block from Hess Energy and announced plans to embark on “significant” oil exploration and production in Ghana.

Originally, GNPC Explorco, had a purchase option for a 10% stake in the DWT/CTP block until 2018 when the Akufo-Addo/Bawumia government inexplicably and recklessly decided not to exercise that option. Also, when Aker Energy took over the Hess Block, they triggered major amendments to the Petroleum (Exploration and Production) Act, 2016 (Act 919), which sought to limit the regulatory powers of the National Petroleum Commission in their favor.

The NDC/Minority side in Parliament staged a walkout in protest against these backward arrangements which were only intended by the Akufo-Addo/Bawumia government to favor Aker Energy without due regard for Ghana’s interest.

With regards to the South Deep Water Tano (SDWT), GNPC had a share of 10% Carried Interest and Explorco had a 24% Participation Interest in the block, as per the terms of the original Agreement signed in the year 2014 under the erstwhile NDC/Mahama government.

Here again, the Akufo-Addo/Bawumia Government took a reckless decision to reduce Explorco’s participation interest from 24% to just 0%, on the frivolous ground of making the deal “more attractive” to investors and increased the Carried Interest to 15%. They also reduced GNPC option to increase its Participating Interest on declaration of commerciality from 15% to 5%.

In short, the People of Ghana’s stake through both GNPC and Explorco in the SDWT Block, was significantly reduced from a potential 49% to a maximum of 20% by the Akufo-Addo/Bawumia government. Again, the NDC Minority staged a walkout in protest against this irresponsible decision and described same as a “rip-off” which was inimical to the interest of Ghana.

The Minority in parliament has consistently canvassed and advocated for a significant increase of GNPC’s stake in the country’s oil assets to maximize national revenue for the development of the country. It was in furtherance of this view, that the erstwhile NDC/Mahama government established Explorco as a commercial wing of the GNPC in the year 2015, with the aim of making it an operator in the foreseeable future.

Thus, the current decision by the Akufo-Addo/Bawumia government to acquire higher stakes for the country in the Aker/AGM Oil blocks is a vindication of what we as a political party have always stood for. It is refreshing that the NPP has come to appreciate the wisdom in this position. However, the sad reality is that, the country will now have to pay more for the acquisition of higher stakes in the Aker/AGM blocks as a result of the reckless decisions taken by the NPP in the year 2018, as have been explained above.

With regards to the current proposed share acquisition transaction by GNPC in the Aker and AGM blocks, the NDC Minority is not against the policy or decision for GNPC to acquire higher stakes in the said oil blocks per se. However, it must be made clear that we have serious concerns about the proposed hyper-inflated purchase price of the blocks and demand that all the necessary due diligence, independent audits, valuation and appraisals must be conducted by GNPC to ensure value for money for the country before the deal is approved by Parliament.

This must be done with a high sense of transparency, while taking on board the views of stakeholders, particularly Civil Society Organizations in the Extractive Industry.

Consequently, the minority at the joint committee meeting held on Tuesday, 3rd August, 2021 to consider the requests by the Minister for Energy made the following observations and demands:

i. That, the request by the Minister for Energy for Parliament to grant a blanket approval for GNPC to proceed with the acquisition of 37% and 70% shares in the Aker and AGM blocks respectively, is improper.

ii. We demanded that GNPC goes back and negotiate the deal into one that addresses the value for money concerns raised by the Minority and some CSOs in the Extractive Industry and that same be presented to parliament for consideration and approval.

iii. That, in the event that the negotiated deal is approved, the minority demands that the loan agreement to purchase the shares therein should also be presented to parliament for consideration and approval.

iv. Additionally, the Minority demanded that GNPC as the buyer, engages the services of an independent and reputable international financial institution to conduct a full appraisal and risk assessment of the Aker and AGM blocks. The presentation from GNPC indicated that Aker and AGM have added 267 million barrels to the blocks since they took over. The Minority equally demanded for a full audit of this claim and the expenditure incurred by Aker and AGM following the acquisition of the oil blocks by a reputable and independent audit firm.

V. Also, the minority both at the committee level and plenary, raised serious concerns about the decision by Aker Energy to use a projected benchmark price of $65 per barrel for the valuation, as adopted by the independent technical consulting firms, namely, Pareto Securities, Arctic Securities and Lambert Energy Advisory. The minority finds GNPC’s proposed benchmark price of $65 per barrel unrealistic and insists that same should he reviewed downwards to a more realistic price thereby reducing the hyper-inflated proposed purchase price significantly.

Vi. The minority demanded that all the relevant technical and financial documents relevant to the Agreement, particularly the necessary appraisal, valuation and/or audit reports must be submitted to Parliament by the Minister prior to the presentation and consideration of the final negotiated Agreement.

Vii. For emphasis, the Minority maintained both at the Committee level and plenary, that the average international market price of crude oil over the next 30 years cannot be more than US$65 as suggested by government and indicated very forcefully, that we will not accept that benchmark price which appears to have been adopted by the independent valuation agencies.

For the avoidance of doubt, both the negotiated Acquisition Agreement and the the Loan Agreement consequent upon same, will have to be laid before Parliament by the Minister for Energy for consideration and approval.

The Minority group in Parliament wishes to assure the Ghanaian public of our unflinching commitment to secure a fair deal for the State in this transaction. We will diligently scrutinize all the necessary documentations with eagle eyes and ensure value for money in this transaction for the Country.

Ranking Member for Mines and Energy