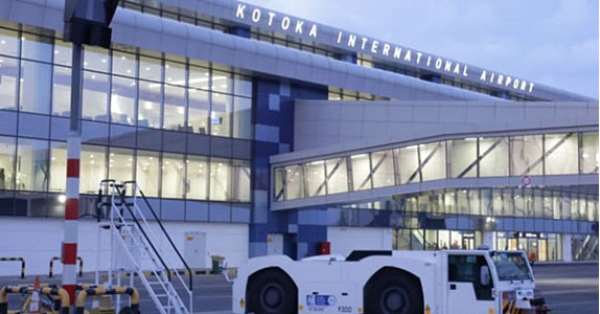 The Ghana Airports Company Limited (GACL) has commenced investigations into an aircraft incident that occurred at the Kotoka International Airport (KIA) on Friday, September, 3.

A press statement by the management of KIA said at 10.35pm on Friday, KLM Royal Dutch Airlines Flight (KL590) bound for Amsterdam, aborted takeoff via Runway 21 at the Airport.

It said, that was after the Pilot reported a bird strike close to the windshield of the aircraft.

The statement said the, “Rescue and Fire Fighting Service (RFFS) of GACL was at the scene immediately to provide emergency fire cover.”

It explained that the aircraft was subsequently towed to the parking bay where passengers disembarked and were transported to various hotels around the Airport.

The statement, indicated that the airline commenced processes to get passengers back to their final destinations as soon as possible and that investigations into the cause of the incident had commenced.

It assured the public that the Ghana Airports Company Limited had a “robust Wildlife Management System in place” and remained committed to the highest safety standards at the airport.

Bird strike, also known as, bird ingestion, bird hit, or bird aircraft strike hazard —is a collision between an airborne animal and a moving vehicle, usually an aircraft.

It ranks among the most potent threat for aviation around the world and has caused a number of accidents with human casualties.

A survey by International Civil Aviation Organisation, including data from 91 countries found out that airlines face an average of 34 bird strikes in a day.

The damage, if translated to money amounts to more than $1 Billion annually.