An Open Letter To The National Chief Imam 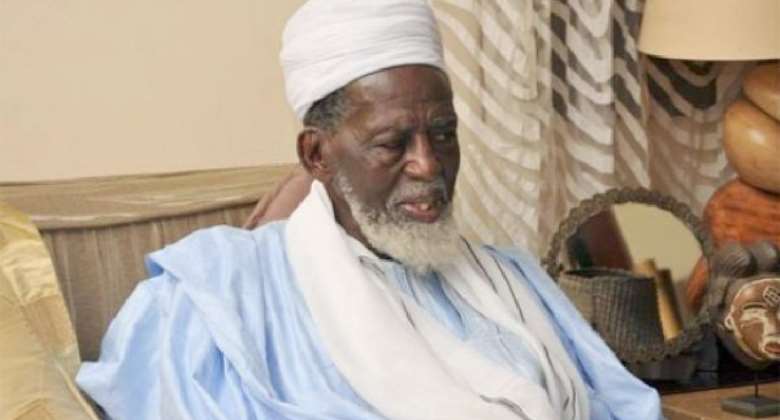 It is with a deep sense of respect, humility, humbleness but sadness I write to bring to your attention the increasing rate at which our fellow Muslims especially from neighboring countries are seen daily on our dangerous roads soliciting or alms from road users and in some instances aggressively or threatening to demand same from motorists.

It feels very shameful especially when one is onboard public transport and listens to the kinds of comments passed by fellow commuters regarding this phenomenon. Some of the words uttered are unprintable

and I do not wish to restate so here.

Every day one comes across a number of children of school-going age loitering around our roads, pavements, zebra crossings begging for alms whiles if you carefully scan around where these activities take place, you could locate either a mother, father, caretaker or both lurking or sitting in a corner not far away whiles encouraging these young ones to beg on their behalf. In fact, their negligence is par excellence to the extent that some of them do not even keep an eye on the children.

These parents knowing that they would not get a pesewa if they are to beg on their own, hence they resort to using their children to gain sympathy. When you interview these innocent children, you get to know their names and country of origin which in my experience tend out to be Muslim names from Muslim majority countries.

More worrisome for me is that there seem to be more girls than boys begging for alms. I feel this is a strategy to get more alms from the unsuspecting general public. However if you carefully observe what happens when these little girls go begging you find out that some unscrupulous people want to take advantage of them, indecently touching, holding and making mockery of them.

I have two requests I make to His Eminence Dr. Sheik Nuhu Sharubutu.

1. A formal statement to be made by his eminence on this creeping canker to call out those engaged in this shameful act tarnishing the image of Islam in Ghana.

2. A national stakeholder’s forum or dialogue on the way forward regarding this activity

Thankfully Ghana has some social protection programs which are non-discriminatory and would benefit the children in the long run.

I humbly submit the following recommendations to be considered.

The gender and social protection ministry should be involved in all the activities to be planned leading to the national stakeholders forum.

Education is free from primary to senior high school, hence parents of such children should be talked to or compelled to enroll their children into basic schools. Even if some of them come from French speaking countries, in my opinion, they stand a better chance of making it if their parents would agree to have them taught in English.

Related to the above is the problem of feeding. Thankfully again there is the school feeding program in most government schools across the country. Thus at least the feeding cost will be less burdensome on the

The children should be enrolled on the National Health Insurance Scheme (NHIS) to cater for their basic health needs.

The parents should be encouraged to find any sought of job to occupy them during the day in other to give the children a chance to go to school.

I believe that the office and voice of the national chief Imam is a very powerful tool for development that can be brought to bear on this canker. I make this call on His Eminence so as to bring to the fore this naked happening which the Muslim Ummah seems to be shying away from. Reports abound of some of these children been abused, physically assaulted, knocked and killed by motorists etc. It is very distressing in all forms anytime you see these happenings on our streets.

Hottest Photo Reports
Catch up with all the political quotes from our politicians.
Advertise here
More Letter
ModernGhana Links
Open Letter to the Inspector General of Police
I Will Give My Sister To You For Contributing Towards The Rejection Of The 2022 Empty Budget -Asiedu Nketia Told
Open Letter To Parliament: The Peace Fund was launched only to be neglected in the 2022 budget
Open Letter To The Minority Leader Of Parliament On Some Thorny Issues In The 2022 Budget Of The Government Of The Day
Open Letter To The Ghanaian Youth As NDC Youth Wing Rejects Budget
An Open Letter To The Honourable Members Of Parliament For Wassa Amenfi
Open Letter to the MCE for Tema Metropolitan Assembly, Hon. Yohane Amarh Ashitey
Open Letter: The Need To Include Payment Of Locked Up Investments Of Menzgold Customers In The 2022 Budget
Open Letter: NHIS Must Cover All Mental Health Drugs At The Lower Health Facilities
TOP STORIES

I'm totally scandalised how Parliament has been badly bastar...
28 minutes ago