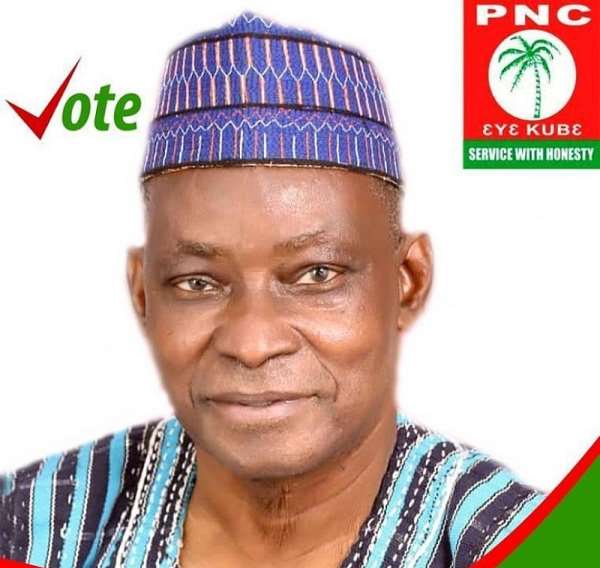 The National Chairman of the People's National Convention (PNC), Moses Dani Baah has urged members of the party to disregard any notice of a National Executive Council (NEC) meeting to impeach him and the 2020 Presidential Candidate David Apasera.

There are media reports that NEC will meet next week Tuesday, September 7, 2021 to discuss a petition brought before it by some of its leading members to have the party's leader, David Apasera, and chairman, Moses Dani Baah impeached.

The two have been accused of financial malfeasance and misconduct and also unlawfully suspending the General Secretary of the party, Janet Nabila.

But in a statement issued by the National Chairman, he said NEC held a meeting in Accra just a week ago and finds no urgency to call another meeting within such short notice.

“About a week ago on Saturday 28th August, 2021 the party held a NEC meeting in Accra at GNAT HALL and discussed crucial issue of concern to the growth of the party including a unanimous decision to suspend the General Secretary who has persistently sought to destabilize the party front from the Headquarters down to the constituencies. Since then, there has not been any urgent need for us to call another NEC meeting with such close proximity,” Mr. Dani Baah noted.

He added that the PNC constitution stipulates in clear unambiguous terms under article 45 how NEC meetings can be conveyed with all the circumstances spelt out.

“As such, I wish to implore especially all members of NEC as well as the rank and file of the PNC to disregard this fictitious notice coming from faceless people seeking to drag the progress and forward march of our dear party to serve the arrogance, greed and selfishness of our suspended General Secretary.

“It is no more in doubt that there has been some turbulence surrounding the party lately but I assure you that the leadership shall navigate the party out from troubled waters to safe lands. If there is any need for a NEC meeting, I shall not hesitate to convene one as soon as possible,” the National Chairman emphasised.