By Germany version of #FixGhanaNow
Rejoinder 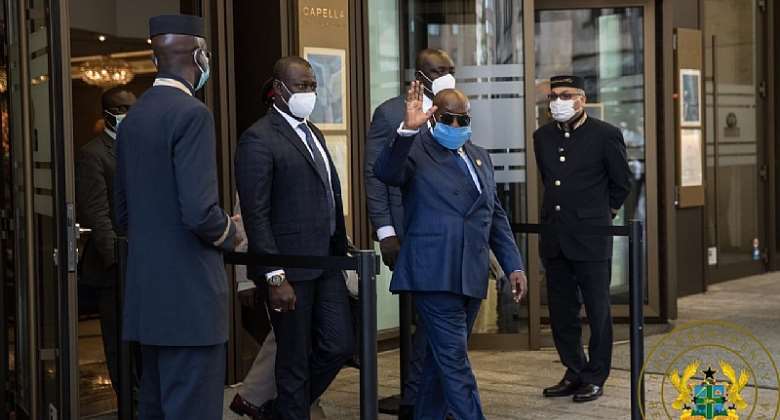 The attention of the organisers of the Germany version of #FixGhanaNow demonstration held in Dortmund city last month has been drawn to a manifestly fabricated and malicious social media story circulated by Operanewsapp.com and other ‘Face bookers’. The said story claimed that a man was arrested and deported to Ghana for chanting ‘Nana fix the country so that we can come home’. This is indeed a weak propaganda and palpable falsehood perpetrated by some unpatriotic Ghanaians living in Germany.

Before the #FixGhanaNow demonstration took place in Dortmund city, some NPP communicators in Germany including Nana Benyin Enniful on a live web TV program peddled a myriad of untruths including allegations of no police and public order office permits to stage a public protest, and possible arrests of persons who would participate in the demonstration. Their intention was meant to discourage as many concerned Ghanaians as possible from taking part in the demonstration. Despite such counter-steps taken by NPP members in Germany, the highly anticipated #FixGhanaNow demonstration in Dortmund was successfully staged with full police protection for the protestors without even recording a single unfortunate incident.

Also, a viral video was seen with chants to Nana Addo to fix the country from some concerned Ghanaians which happened in Dusseldorf city when he visited Germany a week ago. What exactly happened on that fateful day was that the security detail from the Germany side briefly interrogated those concerned Ghanaians at the scene and allowed them to go because they had no ill motive(s) towards the president, and they also have legit residence permits in Germany. It was a highly unfortunate incident regarding those brief checks, but this clearly reflects Nana Addo is averse to the diaspora and their concerns because they simply wanted him to FiX Ghana now, as many Ghanaians are asking him to do.

The organisers wish to categorically state that in both instances in Dortmund and Dusseldorf cities, not a single Ghanaian was arrested and deported by German authorities. We urge all to completely disregard that manifestly fabricated and face-saving social media story and treat it with the absolute contempt it deserves.

Written by organisers of the Germany version of #FixGhanaNow demonstration.

We must be decisive in preventing domestic inequalities — Dr...
11 minutes ago