PNC: I'll remove those fools, cheat from office after one week — Suspended Janet Nabila ready for show down with executives 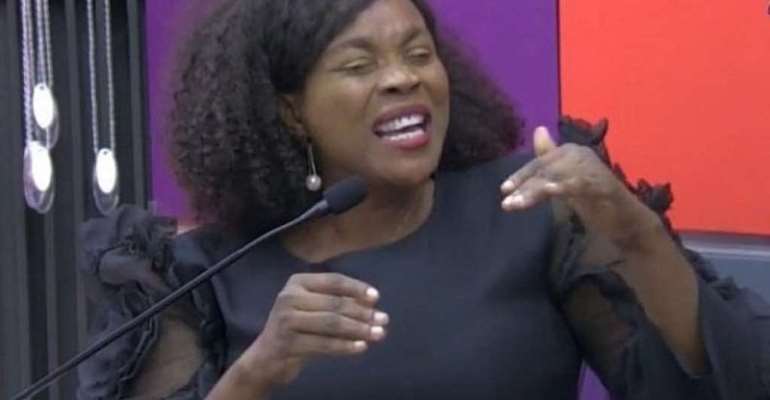 Despite an official confirmation of her indefinite suspension and one week notice of the eviction from office, the People's National Convention's outgone General Secretay has taken a stiff opposition.

An infuriated Miss Nabila yesterday stormed the party's headquarters in Accra during a press conference and told pressmen she will not abide by her suspension notice from the party.

She said she is part of the party and her position still holds.

According to her, the party failed to obtain the required members needed to form a quorum to make any determination.

For this reason, she said her suspension notice is void.

"They can never get me out of the party and they will don't even have what it takes to get me out, if they think I am corrupt, I can equally show them a few of their corrupt acts," she told this reporter.

Miss Janet Nabila noted that allegations leveled against her were untrue citing witch-hunting as a reason to get her out.

She believes the suspension was part of conscious efforts to sink her hard-earned reputation.

Ms Nabila added that she still has a sense of membership in the party adding that officials asking her to vacate her office in a week are rather not eligible to be there.

"I am not going anywhere and within a week we shall see who has to leave and who will have to stay; in a week I will make sure these fools are going to make way for me to take over and continue serving the party and Ghana at large," she said furiously.

When asked whether she did not believe the court would have been the most appropriate to fight her case, she posited, "forget about the court, I don't care about them but I don't think they should take over but in one week time, I will be here to deal with 'cheats' and unwise men, and foolish men in that office."