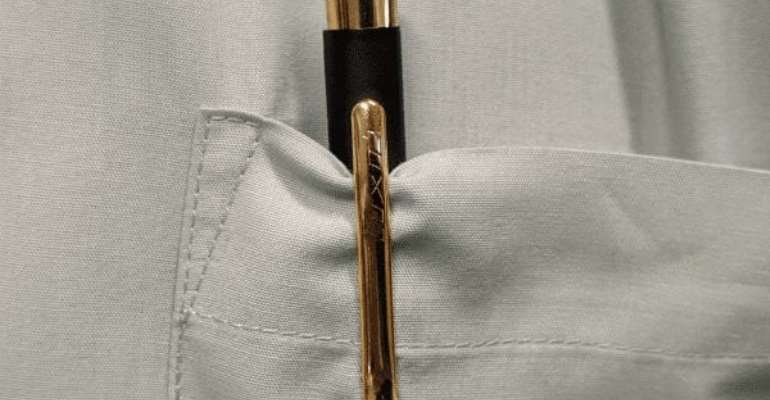 “By their posture and pompous verbosity, journalists appear to know how things work better than the rest of mankind, for they see all the faults, they have all the solutions, and indeed they understand all the frustrations of the ordinary man.”

They may not be laughing all the way to the bank on pay day ─ journalists in Ghana ─ but by their pens and microphones, the high and mighty tremble.

A friend who served one of our presidents for several years told me how the president would call him early in the morning while on his way to work and holler: “Are you listening to the dirty rumors the sons of a bitch are spreading on that accursed radio? Stop them now before they bring us down…and he would hang up on me instantly in a fit of wild convulsion,” he intimated.

When journalists recently red-flagged the “fufu”pounding misdemeanor at the Pokuase interchange, the officials responsible for preserving decency in that part of town swiftly moved into action and promptly restored the integrity of the structure. Apart from an emergency court order or a presidential fiat, how else could we have attained such record-time success?

Poor pay aside, there can be no better job in Ghana than being a journalist. By their posture and pompous verbosity alone, journalists appear to know how things work better than the rest of mankind, for they see all the problems, they have all the solutions, and indeed understand all the frustrations of the ordinary man.

Limitations of pay notwithstanding, journalists feel eternally liberated in the waxing of their tongues against official transgressions and lapses in public administration. They have a soft spot for poor, suffering people all over the world ─ from Kabul to Harare. Let a little public malfeasance come to light, and the scribbling away of a journalist’s pen or a sensitive whimper on his microphone would set fire in the hearts and minds of society. What profession could be closer to righteousness than wielding the pen or brandishing the microphone?

Journalists are like lecturers ─ the poorer they are, the more efficient they become in social analysis and championing development theories advantageous to the poor. Like Jesus who became a man in order to passionately articulate the plight of the sinner before God, Journalists must so remain, excuse me to say ─ handsomely poor ─ to passionately expose social injustice.

I watched them yesterday ─ the know-all journalists ─ dispatching a truckload of probing questions at President Biden for the carnage in Afghanistan. And even after the president had politely sought permission to attend another meeting, the journalists continued to pepper-spray and machine gun him with a fresh round of “whats,” “hows” “ifs” and “whys” ─ all seeking to strangle him with their tomahawk of questions at once!

Journalism is godly and noble. It is a bringer of joy to the simple but a malignant foe to nation wreckers. Good journalism is a better deliverer of public goods than mountains of riches falsely acquired by greedy politicians. By it, our values, our national aspirations and above all, the unity of our nation is preserved.