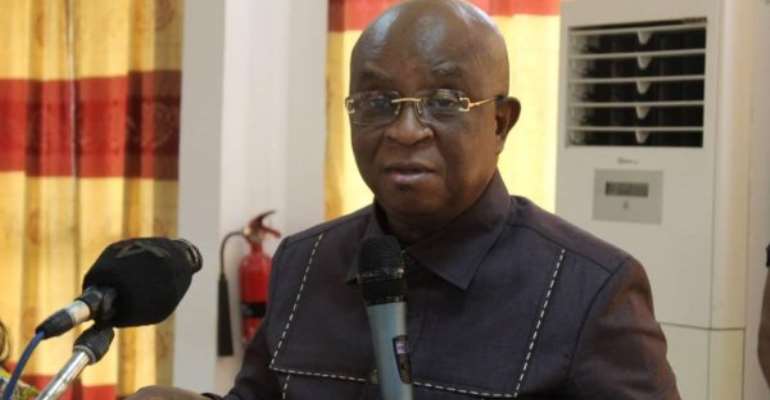 He said those caught would not be shielded.

The Regional Minister burst with fury while opening a performance contract durbar for the region, over what he said were “criminal gangs and cartels” who were the scams of Local Assembly corruption, and noted that the Volta Regional Coordinating Council (VRCC) would pursue such entities.

“Whatever you are doing, you must remember that the day of reckoning will surely come. We don't show interest in things that don't bring money to our pockets. They are only interested in the common fund so they can cook up contracts and award them to themselves. Money meant to build facilities are ending up in people's pockets."

“We will not shield those Assemblies anymore. We will hand them over to the police, and there will be no excuses,” Dr Letsa said, adding that inaction on the part of oversight bodies caused corrupt practices to spread across all Assemblies, and called for the strong will to maintain ethical and professional standards.

The Regional Minister called on heads of the various Assemblies to show strong leadership, and endeavor to resist the forces of corruption lurking within the local government structure.

“We need strong leaders who are not compromised and polluted by the technocrats in the Assembly. You must have the willpower to check corruption. Do what you have been given to do. If you are compromised for the first time, the whole four years is compromised,” he said.

Dr Letsa revealed some rot uncovered by the regional coordinating body and detailed how an individual who was paid GH¢550,000.00 as a consultant by one of the Assemblies, turned out to be an illiterate barber.

“These things should not be happening. Once we do things like these, we are not serving our people. We are diverting monies meant for the people into our own pockets. Why can't we add some dignity and self-respect to our lives?

“Is life all about money? So much that we cannot take on the responsibility God has given us?” he asked, adding, “it's not about ourselves it's about the people."

The Regional Minister maintained that the performance of Assemblies in the Region could not align with the recent choice of the coordinating council as one of the best in the country, and the performance conference which was a novel initiative was taught up to help reorient public servants.

He commended all departments working with the VRCC for their dedication to service, with exceptional commendation to the records department.

Mr. Cyril Dzinyanu Xatse, Head of the Department of Human Resources of the VRCC, commended the Office of the Head of the Local Government Service for instituting the Performance Management System regime.

He said it provided an “objective and unbiased” approach to performance measurement in the Service, and further expressed gratitude to Municipal and District Assemblies in the Region for helping make the conference a reality.

I wanna sleep in jail for this — says Shatta Wale whiles lea...
38 minutes ago