Ghana not getting enough revenue from oil and gas industry – GRA 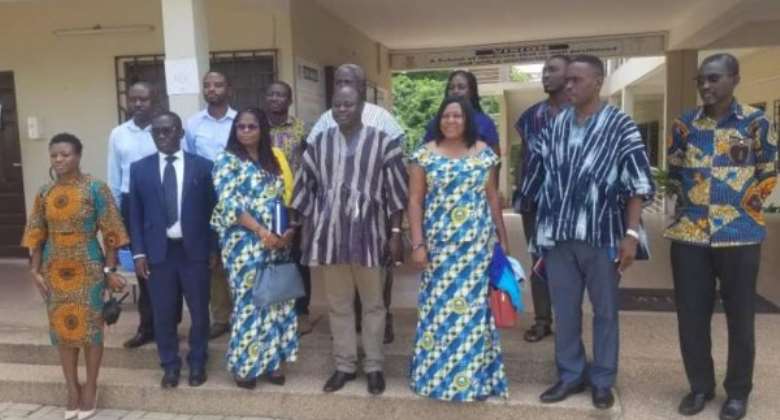 Ghana is not reaping enough revenue from the Oil and Gas industry as it should because local players in the industry lacked the skills and competencies in dealing with their foreign counterparts.

He shared the sentiment when he delivered a public lecture on “Tax administration and domestic revenue mobilization in Ghana” at the University of Cape Coast.

The lecture, which was organised by the School of Economics, UCC, is aimed at bridging the gap between academia and industry.

He noted that there was lack of commitment to training on the part of Ghanaian counterparts and as a result, they lacked the needed skills and competencies to deal with the foreign companies.

“I can assure you that if there is a mismatch between the level of skills of locals who worked in the oil and gas industry from the regulatory side, visa-vis the foreign companies who operated in the industry, we cannot get much revenue from that industry,” he stated.

“But we can get much, so much from that area if we understand the industry and build competencies of those who work there,” he added.

Mr. Narh mentioned some of the reforms aimed at improving the tax administration system in Ghana to include the establishment of Tax Audit and Quality Assurance Department, Customer Experience, the introduction of Integrated Customs Management System, Transparent audit taxing as well as creating the structures for the filling and payment of tax online.

Such reforms, he said were critical and necessary to ensure that taxpayers paid their tax with less efforts, for the country to derive maximum revenue to undertake its development activities.

He said the GRA had begun the implementation of cashless policy geared towards the promotion of government's effort to operate a cashless economy.

In this regard, he said neither cash nor cheques were acceptable at any of its domestic tax offices across the country and urged taxpayers to acquaint themselves with the new digital systems in order to satisfy tax requirements to the state.

Mr. Narh said going cashless offered taxpayers a variety of channels to file tax returns anywhere in the world at any time of the day.

“You can sit at the comfort of your home and fill your tax returns and GRA will receive it, vet it and respond appropriately. We are doing all these because we want to ensure there is tax compliance”, he said.

Tax compliance, he noted, could be achieved when tax payers were provided with the needed services and support.

Taxations, according to Mr. Narh were important tool for socio-economic development and entreated all Ghanaians to honour their tax obligations to raise the needed revenue, saying politicians could make promises but those promises could only be executed when there was enough revenue.