A Happy Birthday Message To The Crown Prince Of Saudi Arabia 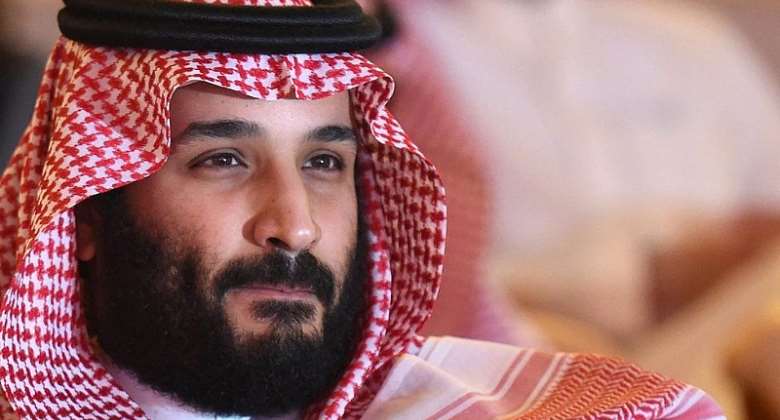 On this auspicious day, we celebrate with the Saudi Crown Prince, his wonderful family, friends and all Saudis, both at home and abroad. We are extremely pleased to extend to His Majesty the Crown Prince of Saudi Arabia warm greetings and felicitations on the happy occasion of his 36th birthday.

We are grateful that on this day we are able to identify, associate and connect online despite the global pandemic. We give thanks to Almighty Allah for the life of this great leader of Saudi Arabia. We pray that he may enjoy many more years of wisdom and hope.

We wish His Majesty all success in realising the aspirations of the friendly people of Saudi Arabia. We are grateful for all steps that he has taken to rekindle the hope for continued peaceful, harmonious and Pan-Arabian ties with neighbouring Qatar, after years of difficulty in relationship. We are confident that this new born relationship between the two neighbouring Arab Gulf States will continue to strengthen for the benefit of all in the years to come.

In 2008, Crown Prince Mohammed bin Salman Al Saud married Princess Sarah bint Mashhoor bin Abdulaziz Al Saud, and together they had three children. He received his primary education in Riyadh, the country’s capital, where he was ranked among the kingdom’s top 10 students. He obtained a law degree from King Saud University, where he graduated second in his class. Throughout his time as a university student, bin Salman was enrolled in various training programmes.

After graduation, the Saudi Crown Prince established a number of firms before he became involved in governmental work. He served as Secretary-General of the Riyadh Competitive Council, Special Adviser to the Chairman of the Board for the King Abdulaziz Foundation and member of the Board of Trustees for the Albir Society for Development.

As part of his philanthropic work, bin Salman also created the MiSK Foundation, a non-profit organisation that works on cultivating learning and leadership among Saudi youth. He initiated all-round development of Saudi Kingdom through various business incubation programmes. In 2013, he was awarded the “Personality of the Year” award by Forbes Middle East for his role as Cof the MiSK Foundation in recognition of his support for Saudi youth and their development.

Prince Mohammed bin Salman embarked on his political journey when he served as Adviser to the Saudi Council of Ministers for two years in 2007. In 2009, he became special adviser to his father, who was then Governor of Riyadh, and continued to serve in the Experts Commission of the Saudi cabinet as a part-time consultant until March 2013. The Crown Prince was appointed Defence Minister on January 23, 2015, after his father’s accession to the throne. In the same year, he was named Deputy Crown Prince.

In April 2016, Prince Mohammed introduced Vision 2030, which aimed at making the Saudi Kingdom the heart of the Arab and Islamic world, an investment powerhouse, and a hub that connects three continents. The reformative initiative seeks to diversify and privatise the Saudi economy, and to make it less reliant on oil. By 2030, the initiative also aims to establish an e-government system in Saudi Arabia.

We have noticed with admiration that Crown Prince Mohammed bin Salman’s character as a man of honour, integrity and honesty are always glittering and consolidating. With this, he has announced plans to sell about 5 percent of Saudi Arabia’s National Oil Company (ARAMCO), which the Crown Prince announced is valued close to $2 trillion.

As a pillar of honour, the Saudi Crown Prince has done a lot more to build the image of Saudi Arabia in the international stage and that has yielded the desired results.

Besides, the Crown Prince announced also a $500bn plan to create a business and industrial zone extending Saudi Arabia’s borders into Jordan and Egypt. The 26,500 square-km zone, known as NEOM, aims at developing Saudi’s industries, including energy and water, biotechnology, food, advanced manufacturing and entertainment. This project is designed to power itself solely with wind power and solar energy.

It is not an exaggeration to state in this message that the leadership contribution of Crown Prince Salman in Saudi Arabia is a redeemable blessing to all Saudis everywhere and the pursuance of his Vision 2030 under his able hands is well focused, effective, efficient and purposeful.

On this day, we, the volunteers of the Sheikh Tamim Bin Hamad Foundation (STBHF) wish Crown Prince Salman Al Saud to accept our best wishes for his good health and well-being and the continued progress and prosperity of the good, noble and friendly people of Saudi Arabia.

We are praying that Almighty Allah’s mercy, love and grace will accompany the Saudi Crown Prince to achieve success in all his undertakings and continue to give him strength and clear sense of the direction to go which we admire. We are grateful for all steps he has taken to restore ties with Qatar, which for recent years created a painful experience for both the Arab peoples of Saudi Arabia and Qatar.

Perennial floods: Water won’t ask if you are NPP, NDC when i...
50 minutes ago

Reflect on issues, put yourself in the shoes of absentee MPs...
50 minutes ago